Santa's going to have trouble delivering presents round this way. 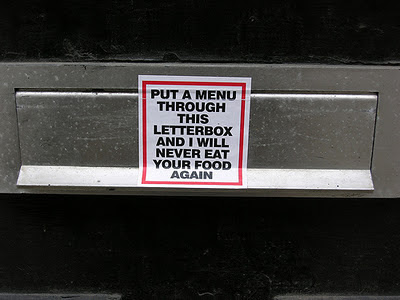 It's what they call a double opt-in list. That means that when you subscribe to it, you fill in your email address, it sends an email asking you to confirm and you only end up on the list if you do so.

Occasionally someone asks me if I can change their address for them as they've moved jobs etc. I decline because it seems to me to be bad practice to start adding addresses manually. While it's unlikely, they might be giving me their friend's address - or a stranger's address for that matter - and not their own. With the double opt-in mailing list, I know that everyone who's receiving the mail has chosen to do so. Every email comes with a working unsubscribe link - so it's dead easy for people to remove themselves, remove old addresses, add new ones, whatever.

Over the years the list has grown to over 10,000 addresses. I use a company called Bravenet for it - it isn't really possible for me to have that many addresses in my address book - and that way, I can visit a website, type an email out and hit send. Normally when I send an email, I get around 150 mails bouncing back to me. I delete those addresses from the list and try to keep things tidy.

The problem seems to be that Bravenet's servers have been used to send spam... so now lots of other servers are blacklisting them. Including Hotmail and all their related domains. So about 45% of my mailing list won't have seen the latest email. Which is annoying. But I'm not sure what I can do about it.

I pay Bravenet for the service and over the last few years I've had more and more misgivings about the service they provide. Theirs is obviously a service that can be abused by spammers - and they can profit by allowing spammers to do so. Do they really care if a spammer pays them for a list or if I do?

But if their service ends up blacklisted they're no use to anyone. It's certainly no use to me.

If anyone has any expertise in this field and knows a reputable, affordable company, do let me know.

Meanwhile... here's the email I sent out today. It was announcing the 2012 tour extension - and letting people know about the presale link available from today:

Hello you, seasons greetings and all that.

Firstly, a big thank you to everyone that came to see the show on tour. I had a fabbo time. I genuinely didn't want the tour to end... which is just as well because it hasn't ended. The tour is going to continue in 2012.

There's a one-off at the Doncaster Comedy Festival in February and then we'll be back on the road with the show in May, June & July. We're returning to some venues where the show sold out and also visiting a whole heap of new places.

Most of the venues go on sale officially on Friday. But we wanted to give you first dibs... which is why, from 10am today - Wednesday - you can buy tickets for most of the shows if you're in the know. And you are. Or at least you will be when you read the next line of this email.

There. Now you're in the know. That's the link. You can find all the shows that are on presale available behind that link as of 10am today. Then from Friday they should pretty much all be on general sale - and the links and details will be on the Live Dates page of my site.

The full list of dates is as follows:
February 12: Doncaster.

July:
Dorking, The Isle of Wight.

I hope we're coming near you and that you'll want to pop along.

Oh... Belfast is already on sale as it's the re-scheduled gig for the show we had to move due to the industrial action.

Oh... and Norwich, Wimborne and Andover won't be on pre-sale but should be on general sale from Friday.

Oh... and... nope... that's all the 'Oh... ands' there are. I hope this email finds you well. If I don't email again between now and Christmas, I wish you the best of the season and of course, a very happy new year.

I look forward to our paths crossing... 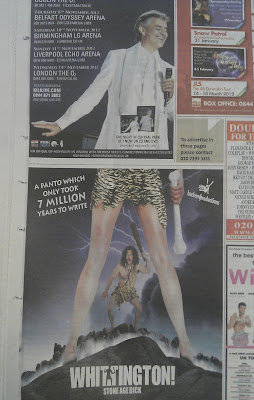 I was surprised this morning to find a couple of messages saying, "I liked what you wrote in The Mirror, well done."

I was surprised because I hadn't written anything for the Mirror. It seems you don't have to these days. I did a bit of googling... and found this. If the words are familiar to you, that'll be because you read my last blog.

As did someone at The Mirror. Who then cut and pasted it into the paper. Odd.

Apparently someone on the Radio 2 breakfast show was talking about how I'd written a piece for The Mirror on the whole Clarkson thing too. I don't imagine many of those who read it thought that it wasn't written specifically for the paper.

Which is a bit cheeky of them to say the least. Oh well. As if we needed a lesson in not believing what we read in the papers at the minute.

Or maybe this is how things work these days and this blog is automatically being fed into the Mirror. I hope so. I can't wait to see this one!
Posted by Dave Gorman at 6:26 PM 36 comments:

Jeremy Clarkson Should Be Lined Up And Shot*

[EDIT TO ADD: PEOPLE ARE COMMENTING BASED ON READING THE TITLE BUT NOT THE CONTENT... I'D HAVE THOUGHT THAT WAS OBVIOUSLY A STUPID THING TO DO]

So November 30th was a day of industrial action. And it was also a day when the professional contrarian, Jeremy Clarkson, was a guest on The One Show.

They, perhaps unwisely, asked him what he thought of the strikes. He, unsurprisingly, said something contrary. He suggested that the strikers should be lined up and shot. In front of their families. (By the way, his Mum was a teacher).

It was an oafish, insensitive, unfunny remark... from a man whose trademark is his oafish insensitivity. It was offensive. I don't think he should have said it. I think the BBC was right to apologise. [EDIT - according to one commenter, the BBC didn't apologise for this. I thought they had. Pfft]

But I was still surprised to see hundreds of people suddenly baying for his blood on twitter. The mob was reaching for their pitchforks. A campaign to get him sacked was suddenly started. It all seemed a bit out of order to me. Yes, I thought it was offensive and no, I didn't find it funny... but I don't remember arriving at a place where we decided we had a right to not be offended. I don't like the sound of that place. I don't like it at all.

I said something about it on twitter. It was obvious from my tweets that I didn't like the man and didn't approve of what he'd said. I just suggested that starting a campaign to get someone sacked because of a joke you didn't like was what they do. You know, them. Not us. That's their territory, not ours. That's that thing they do and we don't like.

"But he's an odious pr*ck" someone frothed. Yes. I agreed.
"Why are you apologising for Clarkson?"asked another. Um. I'm not.
"He's suggesting people be lined up and shot, we're suggesting he should be sacked. Who most deserves your criticism?" He does. And he's received it.

A few years ago Charlie Brooker wrote a glib line about wishing George Bush dead in his Guardian column. Some Americans thought his joke was offensive (see the comments here). How dare he call for Bush to be assassinated! That is an outrage!

You might have heard of a man called Paul Chambers and how he tweeted "Crap! Robin Hood airport is closed. You've got a week and a bit to get your shit together otherwise I'm blowing the airport sky high!!" it was understood by all who follow him on twitter to be exactly what it was: a hyperbolic venting of frustration upon discovering that he couldn't visit the woman he loves. Nobody took it seriously. But he was prosecuted for menace or somesuch. The case - the twitter joke trial - was a cause celebre, with many of the liberal twitterati rallying to his support.

I'm pretty sure that many who spartacussed their support for Paul a year ago, were calling for Clarkson to be sacked earlier today. Which seems to me to miss the point completely.

I know which of the jokes I liked and which I didn't. I know which one offended me. But it's not about which jokes you find funny and it's got nothing to do with whether the joke targets the strong or the weak. You have to defend the jokes you don't like as well as those that do. Be offended. Register your upset. Change the channel. But don't go assuming you have a right not to be offended.

Because if you really think that you and I are entitled to live in a world without offence, then you have to concede that everyone else is equally entitled to the same. And that means that all the jokes you like but they don't will have to go too.

A world that stops Jeremy Clarkson doing that is also a world that would have stopped Bill Hicks doing this: