Some Men Like Looking At The Sea And Some Men Don't Sydney was fantastic fun. I don't know if there will be more performances of that particular show - I certainly wouldn't rule it out - but there are none in the diary at the minute and if it does turn out to be the last of them, well then the Sydney Opera House is no bad place for a run to end!

Being there for only six days meant I'd barley adjusted to the ten hour time difference when it was time to come back and putting the clocks back an hour on Saturday night seemed like a cruel trick to play on an already confused brain.

Still it was good to get back to normal with the radio show... and so here, of course, are the two songs-from-home for this week.

First up, Kerry Leatham. You might recognise her from the video to Dogtanion's Islam that I played a few weeks ago, she also sings as one half of Peter & Kerry and as you can see she does solo stuff too. Solo stuff like this... it's called Crash & Burn. (Don't worry, it isn't a cover version of the Busted song of the same name.)


Secondly, Mode Moderne. Their Canadian although you could tell me this was made in Manchester in 1984 and I'd happily believe you. I've been enjoying their album, Strange Bruises, and this track in particular. Foul Weather Fare.


My Spotify playlist of (nearly) all the songs I've brought in from home this year can be found here... and the podcasts for the show - which contain all the talky content from the Sunday morning as well as loads of extras - should be here.

Posted by Dave Gorman at 7:37 AM No comments:

I'm Not Saying I Can Walk On Water...

... I'm just saying here are a couple of photos from my recent trip to Cyprus... 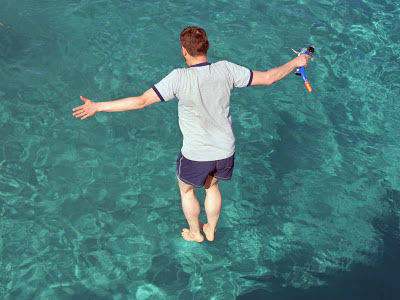 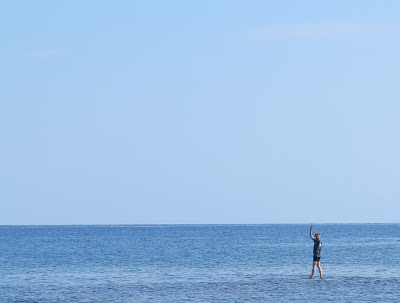 On Sunday I'll be doing my Powerpoint Presentation show in Sydney. 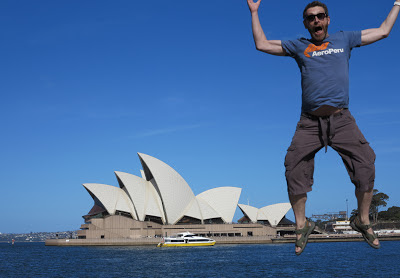 If you look closely, you can see the venue I'll be performing in in the background of this photo.
It's just poking up behind the boat.

You can get tickets here if you like.
Posted by Dave Gorman at 7:20 AM 2 comments:

There've been no posts on the blog for a wee while because... well, because I've had nothing to say and because I've spent a little while without the internet. I took a holiday. I've never done it before. Except for my honeymoon. It turns out it's great fun. You should have said!

But I'm back now. And that means that I'm back on the air on Sunday morning where I brought in another couple of songs from home.

I've played a few tracks by The Robbie Boyd Band since they first came up on my radar a couple of months ago... and they seem to be releasing new stuff at a rapid rate... this is released tomorrow... it's called Spring Generation.


My second choice this week comes from Grouplove. They're American. They're hipsters. I didn't realise it was them when I first heard it and the sound didn't make me think of American hipsters. Instead my ears were nudged in the direction of Mud's Tiger Feet so all I could picture were flared trousers and simple - but synchronised - dance steps. How wrong I was. I think I might prefer the images in my head though. Not that it matters - it's a good tune.

My Spotify playlist of (nearly) all the songs I've brought in from home this year can be found here... and the podcasts for the show - which contain all the talky content from the Sunday morning as well as loads of extras - should be here.

One of the reasons I've come late to the idea of holidays is that my working life gives me plenty of travel... and next week is a case in point. I've a gig at the Sydney Opera House next Sunday so we'll be having another week off. Sorry! (I'm not really sorry. I mean, I'll miss the show for sure... but come on... it's the Sydney Opera House!)