In my new book I describe - amongst other things - a trip to Liverpool to play poker.

When I was making the trip I wasn't thinking it would one day be something I wrote about... it was just something I was doing for fun. One of the things I like about the process of writing is the way odd memories drip back into focus. I had a very clear memory of the walk from the train station to the hotel and I recall being struck by a pyramid shaped tomb in a graveyard. I describe it in the book as a 'show off's resting place for sure.'

Today, someone - @robdoylecouk - sent me a tweet with a link to this photo of the tomb by a flickr user TommyPatto: Which has the following text accompanying it: "In which Mr.William McKenzie is entombed~seated at a table,with a winning hand of cards in his bony fingers....an inveterate gambler,it was said he bet,and lost,his soul in a game of poker with the devil...but,he reasoned,if he was never buried,Satan could not claim his prize....This is reputed to be one of the most haunted areas of the city.

I love discovering that the thing that had stayed in my memory since I made that poker trip is - allegedly - a poker tomb. My initial reaction was that I wished I'd known about the poker connection when I was writing the book... but actually, I quite like the fact that the connection has only just been made for me. Otherwise I don't think it would feel like a memory - more like a pre-researched "convenient" fact. I prefer the memory. And love the connection.
Posted by Dave Gorman at 2:18 PM 2 comments:

It's Father's Day today. Don't forget to send your old man a card. 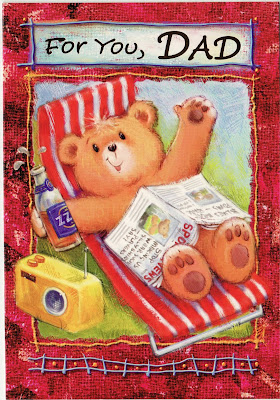 Oh... and your Grandad. Don't forget to send your old-old man a card either. You know... everyone gets a card for Grandad on Father's Day don't they? Yeah. Of course they do. Nothing weird about that. 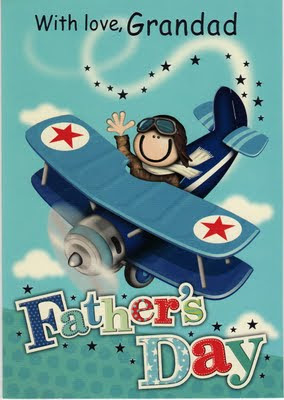 And don't forget Great-Grandad either. You must get your old-old-old man a card too. 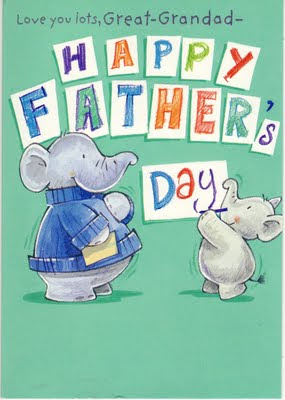 When did this start happening? How have I missed it til now? What?
Posted by Dave Gorman at 8:02 AM 5 comments: Unfortunately - due to unforeseen circumstances - I've had to pull out of Latitude.

It's genuinely my favourite festival in the land and I really wanted to be there, not just for my event but for all the great music.

And the odd things you find in the woods.

And the pink sheep.

Unfortunately, any excuse is going to sound a bit mealy mouthed because I'm going to be in LA.

It's for a TV show I'm working on but wasn't expecting to be doing on these dates.

I can only apologise. And promise that I will pretend to queue for 40 minutes each morning in my flip flops before taking a cold shower.

Besides, the festival line up is amazing! I really do wish I could be there. Go! Enjoy!

I'm really chuffed with the reaction to the book so far. Thanks to all who've written/emailed/tweeted etc.

I'm especially pleased to say that everyone I've heard from who's in the book has - so far - been happy with it. With non-fiction I think there's a real responsibility to discuss the people you meet fairly and they seem to think that's what I've done so far.

I always do as much Q&A at the readings as I can - because I want people to feel like they found out what they want to know rather than what I want to tell them - and also because it makes them feel less like a sales pitch (even though, I obviously do want folks to buy the book) - and on Monday in Nottingham I was asked a couple of questions that related to this side of non-fiction writing.

Unusually there were eight people amongst the crowd who are also within the book's pages. One of them is a friend of mine who appears in the acknowledgements because he offered me a lot of advice while I was writing but seven of them are a part of the story one way or another. There were three sock-golfers, two Cluedo-ers, one Guess-Who-er and a swearing vicar. (And a partridge in a pear tree (© @ash_sportygeek)

Meanwhile in Stafford on Tuesday I just discovered a distant cousin I didn't know I had. 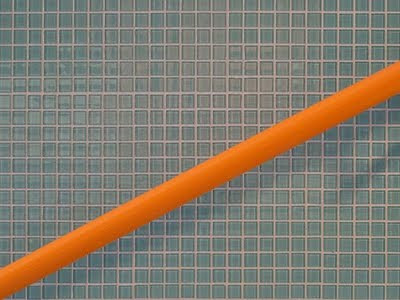 What I hope a graph of the book sales looks like
Posted by Dave Gorman at 1:05 PM 2 comments: 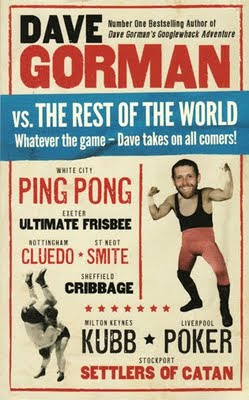 
I'll be doing one in Bath tonight (June 3) and then:
Nottingham on June 6,
Stafford on June 7
Manchester on June 9
Newcastle on June 10
Leeds on June 15

and then at Latitude some time between July 14 and 17.


See Live Dates for more details.
And of course, you can buy a copy here.
Posted by Dave Gorman at 3:54 AM 4 comments: