Warm Up Dates For Series 5

Hello there. I hope this finds you well... I'm writing this from a new production office where I'm currently sitting around, trying to remember how we make Modern Life Is Goodish. You'd think that after four series and 28 episodes I'd be able to remember something of the process... and yet, every time we start again I find myself cowed by the sheer scale of the task ahead. I'm sure we'll muddle through.

Still, there's a table-tennis table down stairs, so that's a good start.

That's not the only good news. It seems the series has been nominated for a Chortle award. That's nice. It's one of those where people vote online. What's the correct way of handling this? Not mentioning it seems a bit wilfully aloof. Begging your indulgence feels a bit needy. It is what it is. Do what you do. Let us never talk of this again. 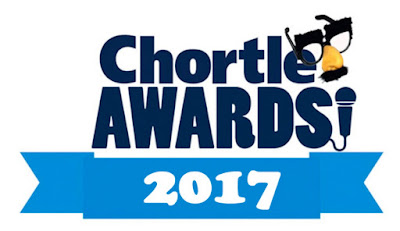 More tangible is the news that some of the warm up shows for series 5 have been scheduled.

It would be lovely to wait until they were all organised and to then tell you in one, complete post... but they are more spread out than in previous years so that won't work. So far there are shows in both Andover and Aldershot in May, in Cambridge in July and in Reading in November. The details for all of those are on the Live Dates page of my site. There will be another set in September and there'll be a new season of Screen Guild shows being announced soon too.

Of course, all this means that the free tickets for the fifth series recordings will be released soon enough. My mailing list always gets first dibs for these and for the last two series all the tickets have gone on the first day... so, if you're interested in coming along, now would be a timely time to sign up...

Cheers Dave, do you know if there's going to be any age limits?