So Really, We're Already On Tour...

For the first batch of work in progress shows it's been me trying out different bits of material and shuffling the order of things around to find the most pleasing flow and so on. It's a part of the process I really enjoy. And the shows have all been fun. 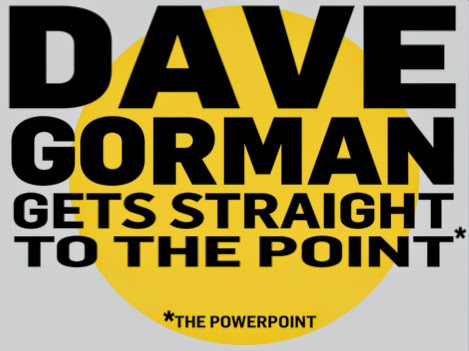 Last night a whole new ingredient was stirred into the mix, in the shape of Nick Doody, who's joining me on the tour. Nick's a brilliant comic. I'm a huge fan. He was one of the first people I turned to when the first series of Modern Life Is Goodish was commissioned. You'll see his name on the credits of every show. On a show like that, it's no use working with people who think exactly like you - you're already doing that for yourself, it's about finding people who think differently, but who have ideas that can work alongside your own. So it's no surprise that Nick's material blends nicely with my own.

And it means that last night was the first show where all the ingredients have been in place. It didn't really feel like a warm up show. Which is the point of the process, really. For the final work-in-progress shows to display enough progress. For the finished article to emerge before the deadline.

Not that things won't change some more. The more familiar I get with things, the better some of it will be. There'll always be tweaks I want to make. But the show is now, I think, the right things happening in the right order. It doesn't officially kick off until Friday, but in essence, we've already started the tour. It's just that tonight - (Wolverhampton again) and tomorrow (Tring) the venues are a little smaller.

I think about 20 of the 50 dates are sold out now. (Apologies if my website isn't completely up to date on this.) I get a lot of people asking me for information about whether there will be extra tickets here or there... the truth is, I only know what a venue tells me. I'd always recommend contacting a venue direct. Call them. Speaking to someone is always going to be more informative than just looking at what the website says.

I wrote before about how the tour, book and TV show all arriving at the same time was more down to coincidence than any Machiavellian scheming on my part. The timing has led a lot of people to ask whether the tour show contains material that will also be in the current series of Modern Life Is Goodish. It doesn't. It's a whole new show.

In any case. I hope you can join us. It's more fun when you do. And if not you, someone like you.
Posted by Dave Gorman at 12:01 PM

Read your email earlier and wondering which hotel you're at in Wolves, as I'm eating my lunch in my car in the car park next to the Novotel. Not that I'm a stalker - I work in the office building next door!

I was at the Tring gig last and can say with all sincerity that you need to get tickets and go see this show. I didn't stop grinning and/or laughing all night long.