It's Day 20 today but there was next to no internet access to be had yesterday so I'm playing catch up.

My guide for Day 19 was Emily: 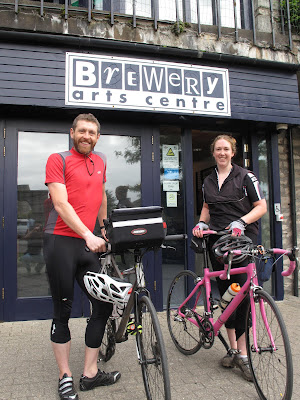 After a couple of days of short and relatively flat riding Day 19 provided a reminder of what it is I'm actually doing. The ride might have only been 35 miles but my life did it involve some climbs: 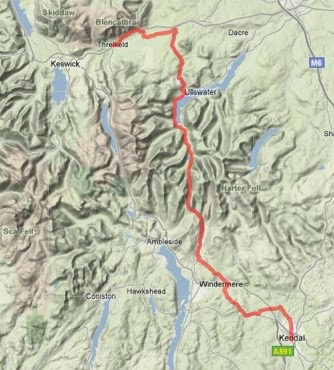 My good fortune with the weather has continued... so we had beautiful clear skies showing the Lake District off at its finest: 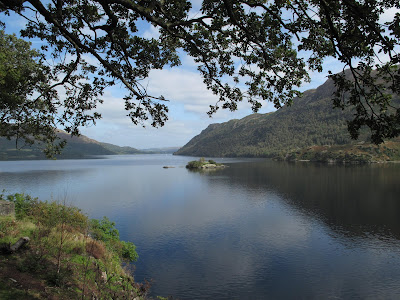 Before the tour began I had different expectations. Sometimes, when I was feeling negative I would imagine days of cycling through a bleak landscape in horrendous rain. When I was more positive I would imagine days like this. Proper cycling with hills that hurt and then reward you for it - both with a view and a descent. I loved Kirkstone Pass. The signs said it was 14% on the way up... and 20% on the way down. I'll take that.

Here's Emily and me at the finishing line: Threlkeld Village Hall: 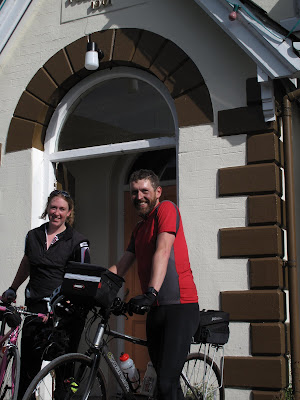 There isn't time to describe the gig in Threlkeld but let's just say it was like no other. The sound was operated by the local vicar and his son, in the interval people had to pop up the road to the pub and the community police officer was on duty to monitor the queue for the doors in case it kicked off when people were inevitably turned away. It was a joy.

Somehow I think days like this is what 'it' was all about - hope you are having fun; enjoy!