I apologise for the late running of this blog.

So, Scot and I were getting ready to leave at the start of Day 28... 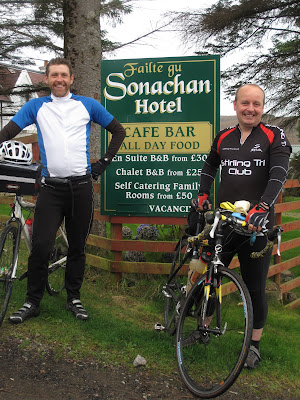 ... when we were joined by a pair of brothers called (I think) Neil and Dave. (I'm sure about the Dave one... but Scot thinks that Neil was called Alan.) 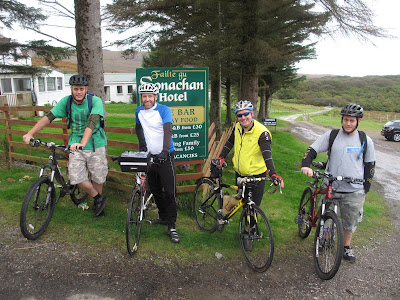 They stayed with us up until Acharacle - about 25 miles in - no mean feat given they were riding mountain bikes which will always be slower on roads.

The weather was constantly changing so the views were changing dramatically too. 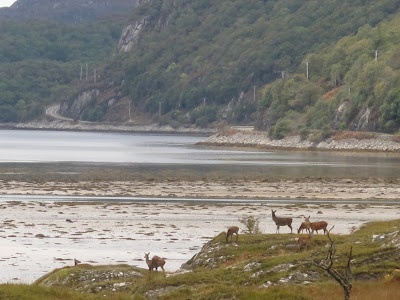 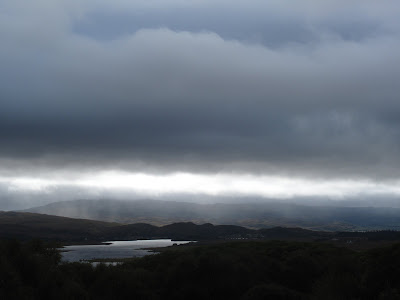 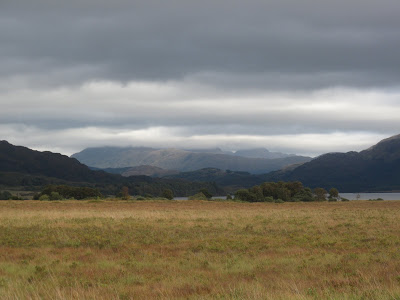 But somehow we seemed to have the knack of avoiding the worst of the rain.

There was a nice lunch stop at Acharacle and a nice tea stop with Olivia and the camper van where Scit drew our route so far. I was getting confused because no matter what direction we went in we seemed to be heading alongside a seawater loch. 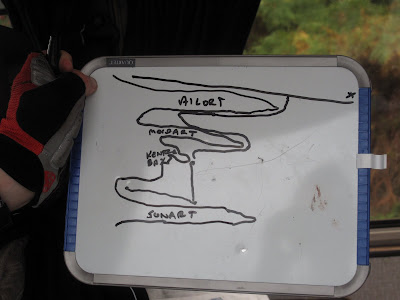 It was pretty close to the route that Mapmyride.com came up with later when I plugged my Garmin in: 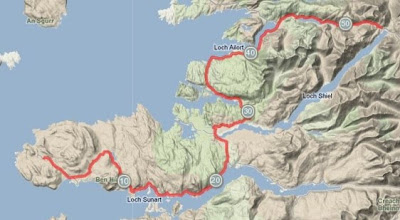 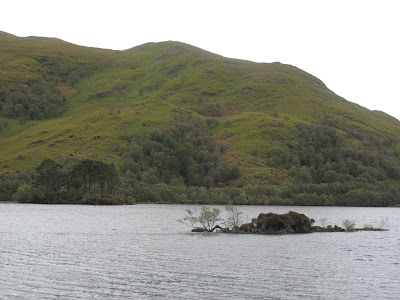 It was a long ride - my third challenging ride in a row - and while we weren't dealing with a headwind this time I could definitely feel myself suffering a calorie deficit from the past two days. Scot's a far more experienced cyclist than me and he reckoned that the ride to Ardnamurchan had been one of his toughest rides. I concur. Rides of far greater distances have been far less physically draining.

I was certainly happy when I saw the welcome to Glenfinnan sign eventually show up... 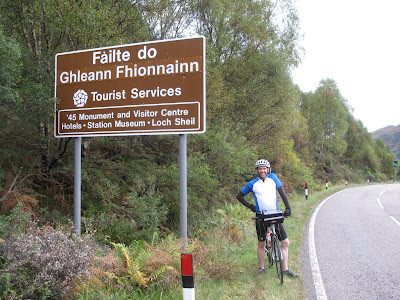 And even more so when we reached the finishing line - at what is surely the strangest venue on the tour - a railway dining car at Glenfinnan Station: 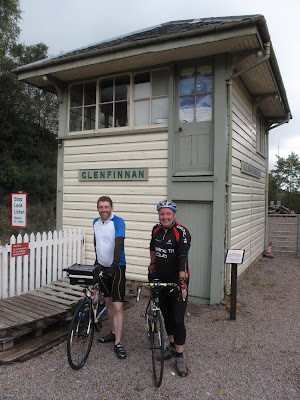 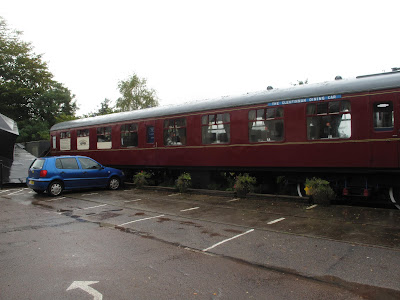 A short trip from the fabulous Glenfinnan Viaduct: 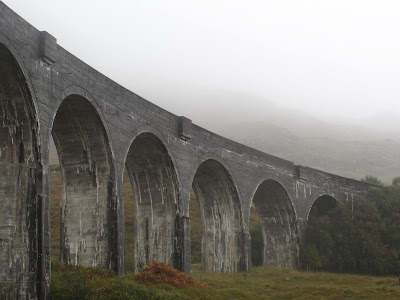 I believe both locations are considered quite exciting by Harry Potter fans... they're certainly both very impressive in their own way.

It's probably one of the strangest "dressing rooms" I'll ever have as well: 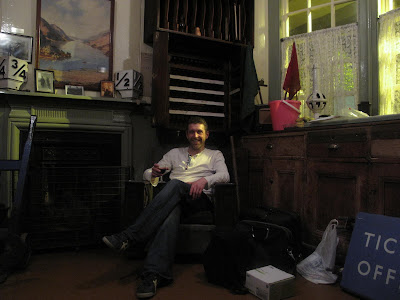 Although it was nice to find that uppity downity charts have been used for years: 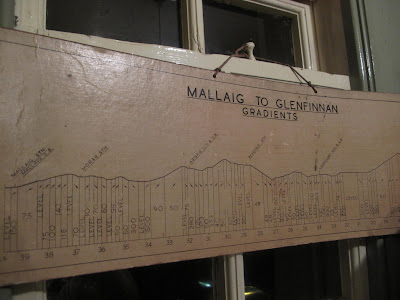 I've generally avoided blogging about the shows for fear of it becoming a procession of "nice gig tonight" blandness - but it's worth mentioning this one because of its oddness. It was in a railway dining car. That means that half the audience are facing one way and the other half the other. There's no stage. There's no obvious focus. But what happened felt really special. Instead of trying to force a 3 gallon show in to a pint pot I tried to turn it into a pint pot shaped show. Everyone there was up for it because it was different and entered into the spirit wonderfully. It doesn't feel like a gig that I did and they watched, it feels like an experience that the 33 of us shared. I'll never do another gig like it and I liked it for that very reason. 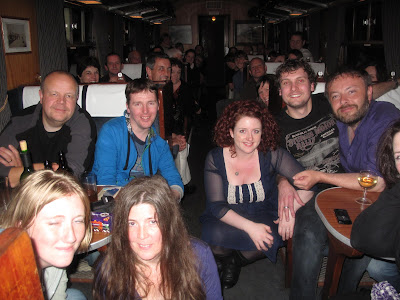 Top banana, Dave! Lovely to meet you (and to see you perform live at last). We are so glad you enjoyed the rides and all! The dining car sounds like it was a unique night. The watersheds between the sea lochs show up so well on the uppity chart (there didn't seem to be so much downity yesterday or, if there was, it was all over so much more quickly!). Hope the remainder of the trip goes well (tail winds and downhills, etc). Car behind, and mind the deer! S, O and E

Dave, just back from the Fort Augustus show. Fab. Am encouraging all my friends to visit junk shops and buy curios.

@Scottish Nature Boy: You were a most excellent guide. Alas, the ride to Ft Augustus wasn't blessed by good weather. There was a tailwind but it rained pretty much all of the way and seeing as I was off road for most of it there was plenty of mud. Fun though.

Hi Dave, Yes, it is Neil, you were right. It was good to meet you and enjoy the cycle along. Great gig as well. Thanks.

Ta Neil! Good to meet you too.

An absolute pleasure meeting you. It was the most random trip I've ever taken, culminating with one of the funniest and most fun gigs I've ever seen. Thank you.

Back home in Milton Keynes after the show - you reprimanded me for taking a photo at the beginning of the gig but it is a really good picture and if you'd like a copy let me know.

Good luck for tonight and tomorrow and safe journey home - look forward to reading about your exploits!

Fine show for a pint pot, tell your Dad could only manage 68degrees after!

Great to be part of this night thanks, I had loads to tell people when we got back.

I don't know if it ever came across but the reason for the chocolate buttons was it came in a box with a picture of a train on the side.