A Non-Broadcast. And A Broadcast.

On Tuesday night we ran a kind of workshop performance of Genius with a small audience at the Drill Hall in central London. The point of the show was to try out some new things and solving some of the problems that are thrown up now that we have to think about filming the show instead of just taking the sound.

We're pretty confident that we know how to best handle the heart of the show - the ideas sent to us by potential geniuses - it's the stuff around it that we needed to experiment with. But there's no way of just trying out that stuff... we obviously needed to run a proper show as well. If you were planning to build a wall and you knew what bricks you were going to use but had yet to make your mind up on the mortar... you wouldn't be able to test the mortar without using a few bricks as well.

I'm very grateful to the people who came down to pitch their ideas - especially to a couple of people who stepped in at short notice after two of our intended idea-pitching-potential-geniuses had to pull out.

We videoed proceedings so that Team Genius could review it later and see what things looked like from number of different angles. But because we were recording it we had no choice but to turn the noisy air conditioning unit off. Rarely have I performed in as uncomfortably hot space... which isn't me complaining... indeed it's the audience I felt sorry for. It's can't be easy sitting in a sauna and watching a third variation for an ending to the show you've already seen reach a satisfying conclusion. But they stuck with it and continued to give us some really valuable feedback right to the end. They really couldn't have been much nicer. (With the possible exception of one person who seemed very happy but really wanted me to be performing something he'd already seen me do 8 or 9 years ago... sigh.)

Still, it was a very satisfying night on the whole. If you came along: thanks for the feedback and sorry for the almost unbearable heat.

Team Genius spent Wednesday deconstructing what had happened. To be honest it wasn't too hard to work out which bits were going to survive and which weren't. Laughter is unequivocal like that.

On Thursday I was just round the corner from the Drill Hall at the BBC Radio Theatre for a recording of Armando Iannucci's Charm Offensive. I've done the show a couple of times before and it's always been a pleasure but this time I turned up feeling a bit underprepared.

Because I'm in production on something like Genius it starts to occupy my every waking thought. I'm in the office five days a week - and because of Tuesday's workshop I worked through the weekend too, getting the ideas straight in my head, tweaking scripts and so on. But I needn't have worried... it's such a self-assured show and the best things to come up always emerge out of the conversation anyway. In the end it didn't feel like work at all.

And the theatre was pleasantly cool too. Which was a relief.
It goes out today (Friday) at 6.30pm.
Posted by Dave Gorman at 2:06 AM 11 comments: 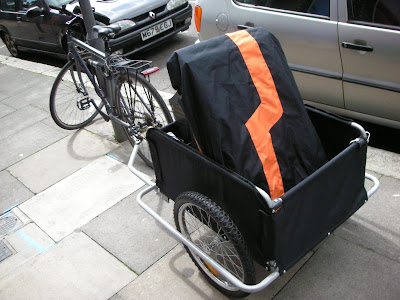 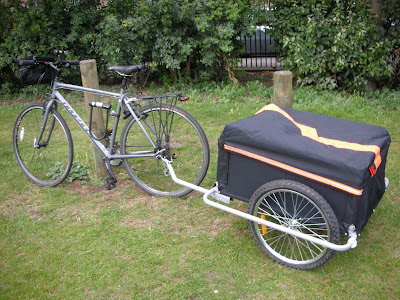 Anyway... I love my trailer. I love not being one of those people who just dumps his old telly in the street and I'm going to do a lot more tidying in the weeks to come because I'm sure there's an awful lot of stuff in my attic that really shouldn't be there.
Posted by Dave Gorman at 11:19 PM 24 comments: 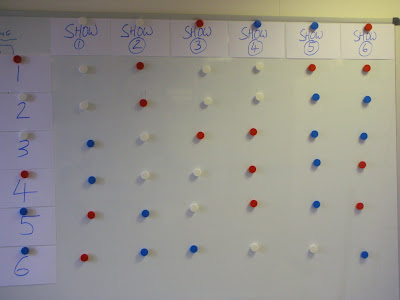 Team Genius are waiting to hear from you.

As I already mentioned in these parts, I enjoyed Latitude a lot. The devil is in the detail. Here's one of those details. The festival has an Artist in Residence. I like that. They don't have to do it. It will make no difference to the thousands of people who attend the festival, most of whom will be completely unaware that it happens... but it's still a lovely thing to do.

I only know that such a person existed because she came and introduced herself before my reading and asked if I'd sit for her. I said I would if there was time. As it was, finding time became immaterial because she crouched in the wings during the event and did a sketch then. I really like it. You can see more of Lorna May Wadsworth's drawings at the appropriately named website: LornaMayWadsworth.com.
Posted by Dave Gorman at 2:17 PM 2 comments: