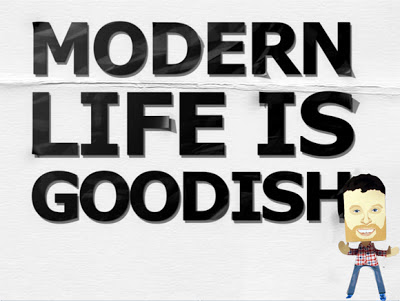 Blimey. Well the last recording for the series turned out to be a bit eventful.

The series is six episodes. Each episode is an hour long. That's a TV hour - so it's a little less when you make way for some commercials and so on but even so, that's like putting six different Edinburgh shows together.

In the late 90s, when I was first wrestling with the concept of one-man-shows and particularly with how to make one feel like a show and not just a collection of bits and pieces, I wouldn't have believed it possible to work on six of them concurrently. But weirdly, in the time that's passed, I've got better at doing that, than I am at doing short sets. These days, writing an hour is sort of easier than writing ten or twenty minutes for me. A short set seems unsatisfying because you can't weave stuff back in. It can't really be as cohesive.

With this series we've filmed two episodes in a night. We don't do that just because it's cheaper - although that definitely helps - it's also because it suits the way we want to make the show. And I enjoy the energy of performing. I prefer doing it that way.

TV-people normally like to record loads of material and then edit it down - the idea being that, that way, they get only the very best stuff. But it ignores the fact that, in a show, all the stuff is connected. It isn't a series of discrete, individual elements that can be assembled in any order and with any cuts you like. A particular sentence might have got the biggest laugh of the night... but if you take away the four sentences that preceded it and the one five minutes earlier that planted a fact in the audience's mind that's come back to hang around in the shadows of the later joke... then it just won't be as funny. And the laugh it got on the night will sound odd on the TV because the live audience wasn't just laughing at those words... but at those-words-in-that-particular-context.

I don't like the idea that the recording is where you create all the different elements but that the edit suite is where you build the show. So we set out to build the show first. Which is why I did a lot of dry runs of the show live in advance of the recordings. And I'm very grateful to the venues and audiences in Windsor, Fareham and Tring for making that possible. Doing the show, then changing it, then doing it again and then changing it and then doing it again and then...  - you get the idea - means you find out so much more about the material than you ever will do by having a meeting.

And, if we got it right, it meant we'd be able to make shows that flow in the same way that live shows do. We could record about an hour in a way that had a beginning, a middle and an end and nobody would ever have to say, "can you rephrase that bit because it won't make sense if we have to cut the first part". Because we knew weren't going to cut the first part. Or any part. Because we'd already made sure that things worked and fitted together in the right kind of time.

But a consequence of that is that there isn't much slack in the system. We don't have a lot of spare time for any retakes... so if something goes wrong, we're up against it. And on Tuesday - our final recording - things wanted to go wrong.

For some reason the projection started to flicker and black out on Tuesday. It started during the first show and then appeared to be fixed. Then I started to flicker and black out too. Literally. There's at least one Found Poem in each show. They're silly moments of cod-seriousness and I tend to end them with an over the top bow and a silly, theatrical flourish. At the end of the first Found Poem on Tuesday as I took that silly bow my vision blacked out. It sounded like I was in an echo chamber and I felt my knees buckle. I tried to stand up and carry on, my vision didn't return and I felt as though my speech was slurred. So I had no choice but to stop and tell people I'd nearly fainted. Which is, I think, what had happened.

Producers came to see me as my eyes and ears adjusted. They offered me a break. But I didn't want to take one. And I didn't really want the audience to know how bad I was feeling. Because an audience wants to relax. An audience wants to trust that a performer is in control and that everything's going to be okay. It's harder to laugh if, at the back of your mind, there's a worry that the guy doing the talking might fall over. It adds a new context to things. It isn't helpful. On top of that, a big break could run the risk of disconnecting the material that has to be connected.

And besides, we don't actually have that much spare time in our schedule. So we carried on. Yesterday I saw some footage from the show. I was expecting to see an ashen-faced, hollow-eyed figure saying the words. But I looked alive. And the audience were completely switched on.

In the break between the two shows there was panic in the eyes of the production team. Water was drunk. Bananas were eaten. I hadn't had any dinner that day so a cheese sandwich was provided. But the bite I took came straight back up.

"Sit with your head between your knees." "Lie down with your feet in the air." "Drink more water." "It's very hot in here, let's take him outside for some fresh air." "Do you think you're going to throw up?"

That's kind of how the interval went. The second show started fine. But then, less than ten minutes in, the projector failed again. On tour I take my own kit. I know what the back up plans are and I've never had to cancel a show because of a failed projector or laptop. I'm very belt and braces about these things - it's what I do for a living after all. But for the series we've hired in a different projector. It's still my laptop and I've still made all of the stuff that's on it (and yes, it's still made in Powerpoint) but the projector and the screen are hired in because there are issues with projection on TV that you don't have to contend with live. Hotspots. Colour correction. Etc etc.

People started rushing around behind the scenes, changing cables, trying to work out why the signal wasn't getting through properly. The clock was ticking. I was trying to keep the audience ticking as well. As was the brilliant, Tom Price who's done warm-up for the whole series. He's bloody ace, Tom. If you get the chance to see him, take it. I left the stage - ostensibly to help with the technical side of things. In reality I was going to the toilet and, um, throwing up a little bit. And then going outside and sitting in the fresh air with my head between my knees. I don't mind the audience knowing that the projector's sick... but I don't want them to know about me and I don't want them to think I'm sulking while the fix happens. So when I feel a bit less woozy I go back into the venue and join in a bit with Tom.

Word reaches me that they don't know what the problem is and can't guarantee that it won't happen again. They have a back up projector, but that hasn't fixed it. They have different cabling... but that hasn't fixed it either. They want me to just go on with the show and say that they can fix any problems in the edit. But of course they can't fix the live audience's night out in the edit. If the projection fails again, the audience won't be seeing all the information they need to understand the material. We can't exactly ask an audience to pretend they're getting a joke they're not getting. How would they know what to pretend? So I explain to the audience that if the projection flickers and wobbles we'll all just ignore it and get on with it. They'll still see the information and get the material and the TV audience won't have to know it happened. But if they wince and react to it flickering it will definitely look odd. And I promise that if it cuts out completely we'll stop and do what we can.

I was worried that the audience would have lost all their momentum. I was worried that it would be like someone had pressed the reset button and that we'd be going from a standing start, with all the little details that had been dropped in earlier now forgotten. I think a lot of TV audiences are made to feel like they're a prop for the show. Maybe they go to see a sitcom recorded and they expect it to be like watching a funny play performed. But then they discover they're watching the same scene recorded eight times and there are long breaks between scenes and what they thought might last an hour actually lasts two. Or three. Or four. When there's a twenty minute delay in filming under those circumstances, the audience grows impatient. If they think the delay is down to a fussy director, a prima donna performer or just some TV bullshit they weren't expecting they feel imposed upon. But I think the audience on Tuesday could see that this delay was caused by people trying to fix their evening. Whatever the reason, they didn't seem in the least bit resentful. Rather than resenting anything, it felt as though we had all bonded in a feeling that, while outside forces were trying to ruin our fun, we weren't bloody well going to let it happen.

We carried on. And somehow the projector didn't fail, blink or flicker once. I don't think the audience realised how sick I was. And fifteen minutes later, I didn't feel sick at all any more. And no momentum was lost. They remained switched on to every nuance and every call-back. In fact, they started finding material that wasn't there because a couple of moments became call-backs either to the delay or to the first show. I had to say a couple of things twice in order to not have some weird out of context laughter in the mix that would make the TV audience feel like they'd missed an in-joke. Which of course they had. They were, quite simply, an amazing audience. I'm very, very grateful.

For the first time the recording overran. By ten minutes. There really isn't much slack in the system. It's better that way.