The second season of Screen Guild shows drew to a close last night. If you came to one or more of them - big thanks.

They're hugely enjoyable things for me - but hugely stressful too. It normally takes me around eight hours to build the powerpoint elements for each of them and there are times when I've been tweaking stuff until 10 seconds before we open the doors and let the audience in. But it's always worth it. If I didn't do them, I wouldn't have another way of generating material.

And I'm really proud of the line-ups we pulled together for the shows. We never bill the shows in advance partly because things often change at late notice but also because it's nicer with a show like this for the audience to be surprised.

I don't know when I'll return for a third season... but I'm sure I will. And I look forward to it.

But now the task is to see how the various bits of material hang together when it's just me. Which is why I'm doing the Screen Guild, sorry, Screen Build shows in Windsor (May), Fareham (Sold Out) and Tring (June).
Posted by Dave Gorman at 11:56 AM 1 comment: 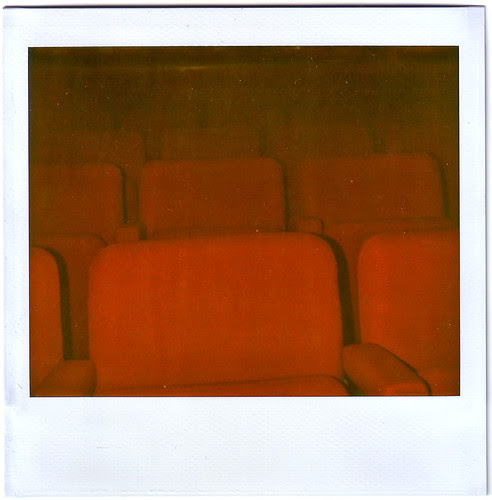 This is the second run of Screen Guild shows I've done there. The idea of the shows is that it gives me a place to try out any new ideas I might have on stage with an audience.

It's turned out to be an invaluable exercise. Knowing there's a show each month forces me to write and be creative. And a lot of what's come out of it has been really useful.

When I first started a run there, back in February 2011 I didn't know what I wanted to do, I just knew I had some ideas I wanted to play with.

But by the end of that run all the component pieces of what was to become Powerpoint Presentation pretty much existed and I was on my way to the Edinburgh Fringe for the first time in 8 years with a show I would end up touring extensively. There simply wouldn't have been another way of building that show up.

I started this second run in a similar place. I didn't know where I was going with it... but a new store of ideas had built up and I needed to get back on stage and play some more. Now, as the run draws to a close (there's actually one more show in the season - next Saturday - but it's sold out) it's time to take stock and work out what to do with all the material I've built up.

So I've got some one man shows lined up in small venues that aren't too far from home. I didn't want to keep the name Screen Guild, as that might make someone think it's a mixed bill rather than a one man show, so these shows are called Dave Gorman's Screen Build instead. Well, they had to be called something. There's a reason the shows are all relatively close to home - it's because, when I'm building up a show of some kind I like to put the material through a sort of bootcamp - trying it one way, one night and then another way the next and so on. That means I spend the day in between hunched over a laptop, changing the powerpoint and that means I can't spend the day travelling across country to a different venue. Which is why the shows are clustered the way they are.

All the details are on the Live Dates page of my site...

I mentioned last July that I'd met a famous Brit while I was in Montreal... 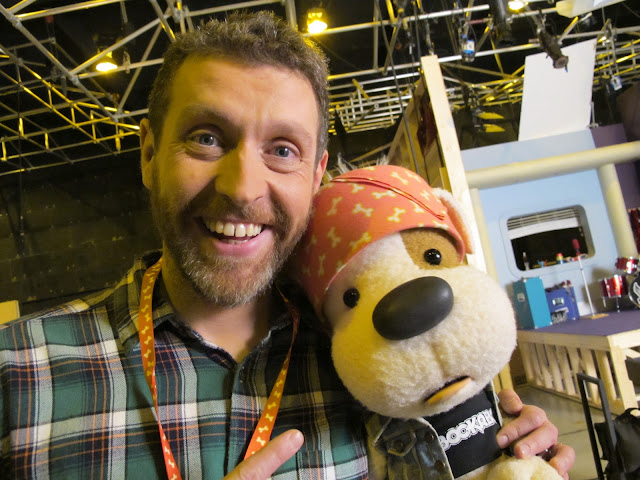 It was, of course, Bookaboo... the book-playing-dog who needs "a story a day or he just won't play".

SPOILER ALERT: I read him a story. He played.

It's on ITV/CITV on Saturday morning at 7.25 if you're interested. Y'know, if you've got a young child or two and they're not scared of beards...