Make A Date With Genius 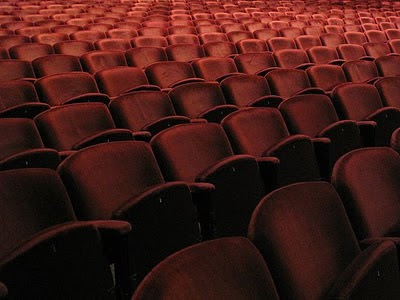 So the studio dates for the new series of Genius have been firmed up and tickets are now available.

All the shows are going to be recorded at TV Centre, London W12. (I'll be there on Thursday too as I'm taping an episode of Frank Skinner's Opinionated. Looking forward to that.)

If you want to come along and be in the Genius audience*, you can apply for the free tickets here. I'll see you there. In May. And June. And then June again. Yeah? Yeah. Ace.

*seats pictured are not actual TV Centre seats. TV Centre seats might not be as plush as those pictured.
Posted by Dave Gorman at 12:06 AM 2 comments:

Apparently a picture tells a thousand words. So maybe the best way of explaining your Genius idea is with a drawing. 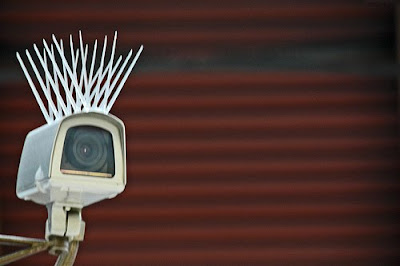 If you want to know more, I recommend spending some reading time at LibelReform.org. If you want evidence that this is relevant to you, read their report and see for yourself who is silenced. Whether it's one of the many embarrassing cases of libel tourism - like an Icelandic bank suing a Danish newspaper in London - because no other jurisdiction would entertain the case - or one of the cases where a large organisation tries to use it's bulk to silence the little fella - like Sheffield Wednesday suing users of an internet forum for essentially trivial comments - it seems obvious to me that something needs to be done about it. If you think so too, please sign the petition.
Posted by Dave Gorman at 12:33 AM 9 comments: 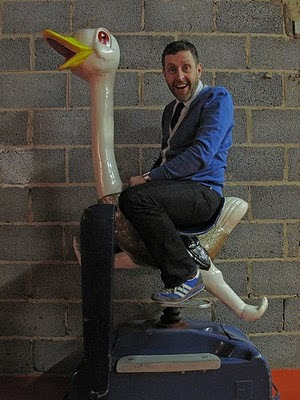 This leg of the tour has been an exhausting but fun couple of months - I'm convinced it's been more exhausting than the original 31 gigs which came in 31 consecutive nights and with 1600 miles of cycling thrown in too. Not sure how that can be. But it is.
This tour involved a mixture of car, train, plane and ostrich. Only without the ostrich. I haven't worked out how many miles I've done in total with this leg but I think we passed the 1600 mile mark in the first week so that probably explains it.

The tour might be over... but it's probably not the last time I do the show. I don't want to jinx things by saying too much... but I think there's likely to be a small run of shows in the not too distant future. Not a proper full on tour - it's time for me to get stuck into Genius - but a few extra shows are looking likely. If that sounds cryptic, my apologies, it isn't meant to. But there's no point speculating about the details when I genuinely don't know all that much right now. I don't know the whens or the wheres.

Mainly I just wanted to say thanks to everyone who came. And especially to those who've kept the secrets. Which is, I think, most of you. I've enjoyed chatting to people after the shows and most nights I'd speak to someone who'd tell me that they're friend had seen the show but had refused to tell them about this or that... and it was really pleasing to see that - having now seen the show themselves - they always completely understood that their pal had done them a favour.

Of course seeing as there are still future audiences to think about, the request that the secrets be kept continues. Loose lips, sink quips and all that.
Posted by Dave Gorman at 9:09 PM 7 comments: