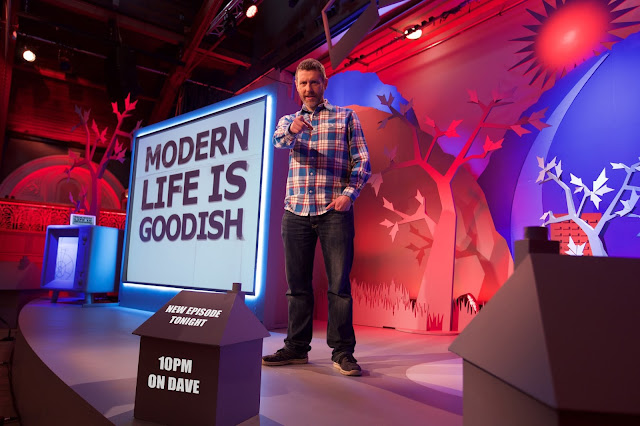 This last week saw the biggest entry to one of my mailing list competitions since I started running them. There were about twice as many entries as normal. The vast majority got the answer right - my Elk's name was Brooks - but quite a few people went with Brubs. Which is what, I'm told the subtitlers went with also. But Brooks was right... and the winner was a Chris Jones. The sign and wallet will be on their way soon. 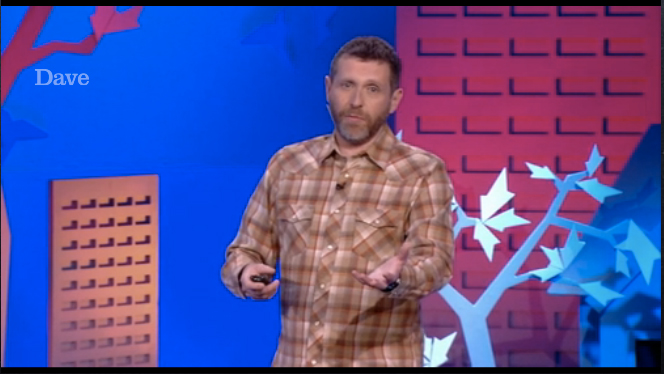 As a prize for this week, I thought I'd offer up last week's shirt. That's the shirt I'm wearing in the picture above. It's been washed. I couldn't give it away unwashed for all sorts of reasons. I'm no expert, but for all I know the winner could extract my DNA from the sweat and then plant it at various crime scenes, fitting me up like a kipper. That would never do. So washed it is.

To be in with a chance of winning it, you'll need to be on my mailing list. I'll be sending out the email with the question some time on Tuesday.
Posted by Dave Gorman at 6:54 AM 10 comments:

Thanks to everyone on my mailing list that entered the first competition of the series. The winner was Joe Jenks from Crewe who's already had a CelebVM video message from Homes Under The Hammer's Martin Roberts and will soon be getting some Homes Under The Hammer carpet(!) and a copy of the Found Poetry booklet too. 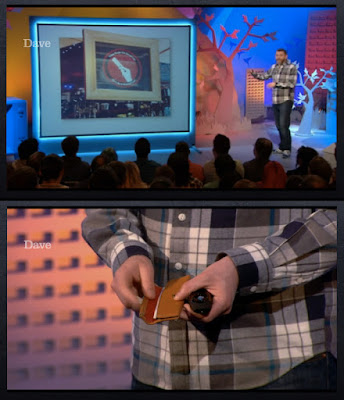 On Tuesday I'll email my mailing list with a question about episode 3... and then a lucky dip from the right answers will provide the winner.
Posted by Dave Gorman at 11:43 AM 3 comments:

The Most Satisfying Kind Of Feedback...

I know this won't make much sense unless you've seen episode two of Modern Life Is Goodish... if you haven't and want to, it's on UKTV Play here.

But for those that have, this sort of feedback is very satisfying. Not the tweets themselves - although I'm grateful to Les & Lisa for letting me know - but the knowledge that a word or phrase coined for the show has been heard being used out in the wild.

Of course the primary aim is/was to make an audience laugh. But the knowledge that some of them did that, and then carried a part of the show off with them on a night out a day or two later is just, well, satisfying.

Homes Under The Hammer. Without Music. Take 3.

I appreciate that this won't make a great deal of sense if you haven't seen the first show in series 3 of Modern Life Is Goodish.

You can fix that by heading over to UKTV Play and watching it now if you have a handy hour or so.

If you have seen the show, you'll know there's a section where I show some clips from Homes Under The Hammer... only I've stripped out the music they're playing under the clips and put in what I think are authentic sound effects instead. (I promise this makes sense in the context of the show.)

Anyway... I make these clips in my shed at home and there's one that we couldn't fit into the show so I thought I might as well throw it online anyway. I used three clips in the original dry run, live performances and they all worked really well... but this one was just too long to justify keeping it in when the same point was being made by the shorter clips. (Mind you, I suppose that in itself says something about how long a clip HUTH are happy to include when it contains... well... not that much, really.)

Well this is bloomin' lovely...

If you're the kind of person who needs persuading to move your TV out of the comfort zone of the first four or five channels, I hope this is the kind of review that might persuade you... 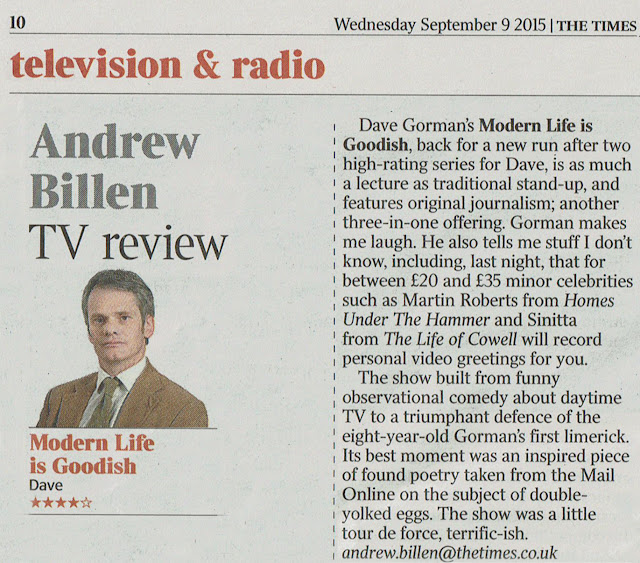 The first episode gets one* more repeat on Saturday night at 10pm or you can catch it on UKTV Play here.

I Storified this because it seemed like the best way of encapsulating something that seemed to me to be rather sweet...

That said, I ought to add that it's about the first show in series 3 of Modern Life Is Goodish... if you haven't seen it and are intending to; here be spoilers!

If you do want to watch the show, it's repeated tonight (Wednesday) on Dave at 10.40pm and again on Saturday at 10. Or, you can watch it on UKTV Play here... now! 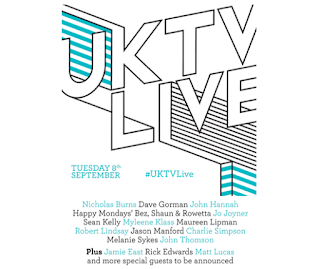 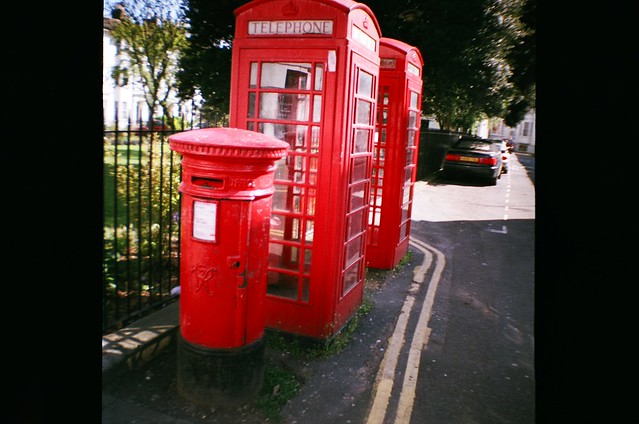 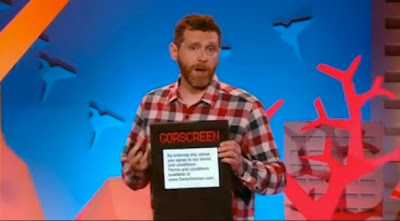 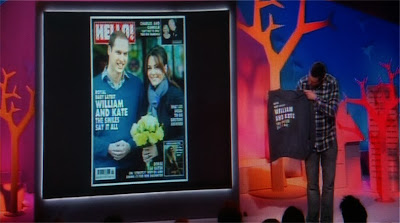 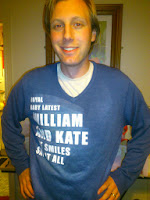 
and here's a boring blogpost from a while back explaining the double-blind opt in blah blah blah behind it all...
Posted by Dave Gorman at 2:08 PM No comments:

Series Three Is Less Than A Week Away...