This is happening next year... 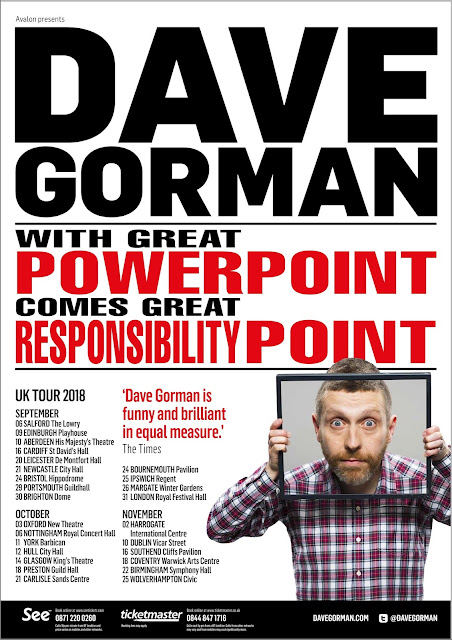 Tickets are on general sale from Friday... but they go on pre-sale from 9am tomorrow, Tuesday 14th via SeeTickets.com, then on Wednesday at 9am they go on presale via Ticketmaster.co.uk and on Thursday morning you'll also be able to get them from tickets.amazon.co.uk

And yes, I know 'pre-sale' is a silly phrase but I don't know what else to call it.

Anyway, live shows are far and away the most fun part of what I do and it's been too long since the last tour so I'm chomping at the bit to get on with this one. I hope to see you there...

*UPDATE*
Hello... I'm editing this post to explain that the poster has been changed. The original had some errors on it - for which I apologise. It seems that one venue has a refurb scheduled that won't be finished as early as they anticipated so they've changed a date... and it seems another venue was making arrangements while looking at their 2019 diary by mistake! These things happen. I apologise for the confusion caused... oh, and I also have all the correct dates on the live dates page of my site.
Posted by Dave Gorman at 10:42 AM 15 comments:

If you want to win some Mockbusters...

As a brand new series of Modern Life Is Goodish is underway, I've been asked if I'll be reviving my competitions for my mailing list... and yes, as and when there's something to give away, I will. If I can, I use things from an episode that's already gone out - that way, the prize doesn't act as a spoiler for what's coming up.

Which is why the prize for this week is going to be this assortment of terrible mockbuster cartoons. 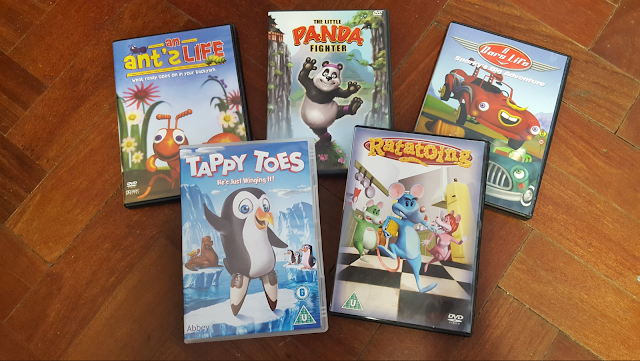 (If you haven't seen the first episode of the new series then the full horror of this, um, prize won't make a lot of sense to you, but, of course, it's always very easy to catch up with the show using UKTVPlay)

To be in with a chance of winning these - and who wouldn't want to own them - you need to be on my mailing list. I'll email a reminder for the new episode on Tuesday along with a question about that night's show. All the people who send an email to a secret address with the right answer go in the hat. One (un)lucky person will win the DVDs. Simple.

In other news... I filmed an episode of Pointless over a year ago... and it's being shown on Saturday. I was paired up with one of my comic heroes, John Shuttleworth and, well, I'm not allowed to tell you how we did... 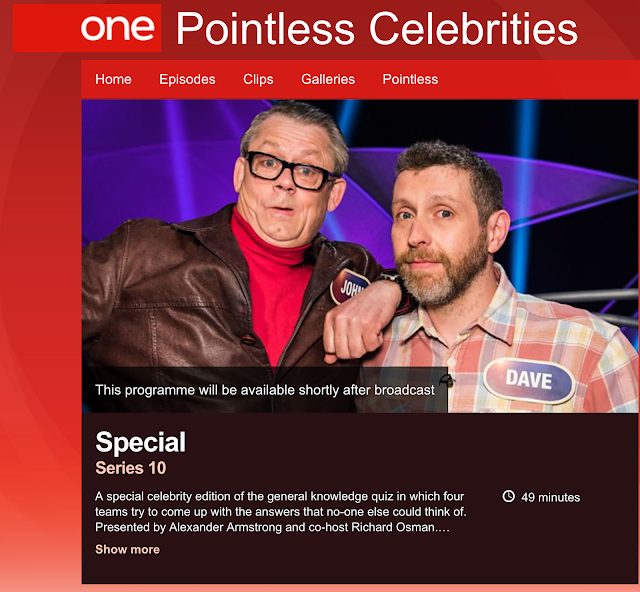 By the way, it's okay, I think everyone involved in the show already gets the irony in the title Pointless Celebrities. It's on Saturday at 6pm. On BBC1.
Posted by Dave Gorman at 11:12 AM 3 comments: