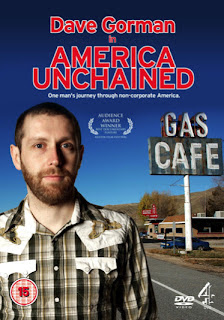 We had a screening of the film at the Royal Society for the Arts a couple of nights ago. It was lovely. And nerve racking.

I'm not used to watching myself. And I'm definitely not used to watching other people watching me either. Normally when there's an audience involved I'm on stage and locked in the moment. That means things come out slightly differently each night as you adapt the words and timing to suit the mood. Or not as the case may be.

As a performer there's a strange powerlessness to the idea that an audience is watching something that can't be changed. Once someone's pressed the play-button the film will just start rolling and it will be the same regardless of whether they're liking it or not. (I know it happens all the time but I'm not normally there to witness it. I'm not in the habit of going round to a stranger's house to listen to Genius with them (no matter how many times he e-mails) so it doesn't affect me in the same way.)

Luckily it went down well and the Q&A session at the end was interesting and fun in equal measure as were the bar-conversations that followed. If you came along - thanks for helping to make it such an engaging night.

I spoke to a couple of people in the bar afterwards who registered their surprise at the film. They weren't surprised by a particular part of it (or at least, not that they told me) but they were surprised by it as an entity because, in their words, "It's not what we thought you'd do..."

I asked them what they'd expected from me and they didn't really know. Which is where this slightest of anecdotes becomes slighter still. Sorry. I'd love to give it more definition but it just wasn't there. Either they didn't know what to expect or they were too embarrassed to explain.

It brought back echoes of a thought process I was having nearly a year ago when the release of the Are You Dave Gorman DVD made me consider what might have been had I set off on a path of doing-what-people-expected-me-to back in 2001.

I don't know how different things would have been if I'd taken the shilling and pretended to be the namesake-obsessed goon that the pound signs were telling me to be... but I know it wouldn't have led to the same place I'm in right now. My guess is that it would have run out of steam a few years ago. That's a guess. I can say with certainty that it wouldn't have made me happy. I can't imagine More4 giving him the opportunity to make a bit of proper grown-up telly for instance. I'd much rather be me than him.

So... anyway, the film goes out on More4 on the evening of February 5th and is released on DVD on February 11. It isn't what two people were expecting it to be.


PS: It does have some bad language in it. Either that or I was wearing my 15 certificate shirt on the day of the photoshoot.
Posted by Dave Gorman at 5:07 PM 33 comments: 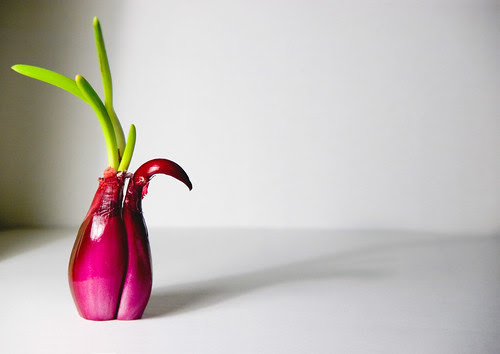 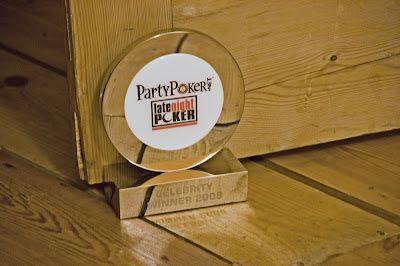 Now that they've shown the programme I'm allowed to show you this.

I haven't decided what I'm going to spend my winnings on yet. 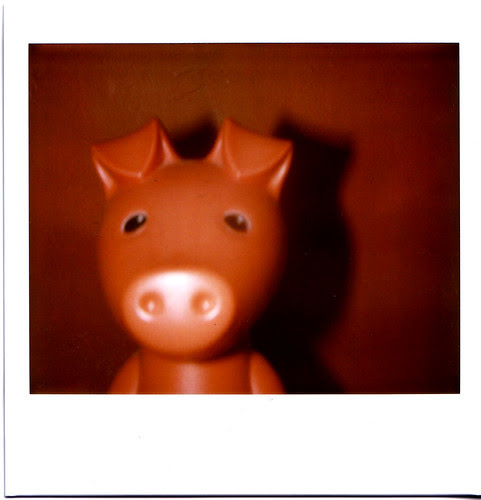 The episode of Late Night Poker that I took part in last October will be aired on Monday. Well, for the last five minutes of Monday anyway... and then most of it will be on Tuesday.

In August last year I posted something about spam and in the comments section someone put me on to a filtering system called Spamsieve which I've been using to help keep my inbox in order ever since.

But then, at the start of December I started getting insanely large amounts of spam. I posted something about that too. While Spamsieve coped with that influx of spam pretty well it was still hugely disruptive as it sent my computer into a kind of meltdown. It didn't matter that it all ended up in the spam folder, there were still 8,268 e-mails to process and at the very least that's time consuming.

Unfortunately things have spiralled since then. This is what my spam folder looked like one day between Christmas and New Year:

This shower of crud landed in less than 24 hours. I think we can agree that 32,125 e-mails in a day is just silly. That's an e-mail every three seconds. Except it doesn't work like that... it's more like 8,000 arrive in three minutes and then it goes quiet. As they say in the westerns, too damned quiet.

Huge amounts like that have been arriving every couple of days since. I cleared the spam-folder last night and today's total is already sitting at 22,702. Yum. Unfortunately Spamsieve doesn't seem able to cope with these kind of quantities and has crashed a few times under the weight of it all. Now when I check my e-mail I have little choice but to leave my computer to get on with it undisturbed. There's no point trying to ask the computer to cope with a secondary task and it's too depressing watching it collect e-mail number 326 of 16,573. It's even more depressing when I go downstairs, make a cup of coffee, putting my laundry on and then return to find that the computer is still only a quarter of the way through.

All of which makes me think I have little choice but to abandon the idea of a public domain e-mail address. There's simply no point in fighting against the tide. It's not going to go away and I'm not going to devote an hour a day to sorting my mail before I even get round to reading it.

I've always thought that making my address available on my website was the right thing to do on principle. Sadly that's no longer going to be possible. Which is a shame.

I guess I should try and replace it with an e-mail form of some kind... something that will allow humans to send an e-mail without revealing an address to anyone. Or anything. If you know how I can go about doing that do let me know. But don't e-mail me with it. That would be silly.

UPDATE: I'm really grateful for the replies and the advice offered... but it's become apparent that some people are just scrolling to the bottom without reading the other comments. If one more person tells me how to hide my e-mail address on my site, I might just scream. I know already and it is hidden. Part of the problem is that other people post my e-mail address on their sites... and I don't know how to effectively stop them from doing that.

Oh, and I know about Gmail and it doesn't work for me. It's just not effective enough at filtering the spam. When the quantity gets this high, even letting 1% through is ineffective... and in my experience Gmail lets more than that through.

UPDATE UPDATE: Thanks for all the suggestions. I think a solution is just around the corner...

I think January 1st is as good a time as any to address some of the issues we have with the calendar and our measurement of time in general.

Here's a list of time units: seconds, minutes, hours, days, weeks, months, years. The first few are all very accurately measured. A second is a second and it isn't going to change... it's always going to be 1 Mississippi. There are always 60 seconds in a minute, 60 minutes in an hour, 24 hours in a day and 7 days in a week. But when we get to months this precision disappears. A month is about 4 weeks. They range in length. 31 days? 30 days? 28? One in 48 of the darned things are 29 days long. That's chaos right there. Ridiculous.

We should sort that out. You should be able to define each unit in a precise number of the smaller unit so a month should be precisely 4 weeks. If we stuck with our existing 12 months that would mean the year would only be 336 days long and that won't work because that would make me 40 and that's simply not on. Besides the planets don't work like that and we need the year to come down at around 365 days.

The solution is obvious: we need a 13th month. In this new precise 28 days per month system, 13 months would give us a year of 364 days. Much better.

Changing the months also gives us a chance to sort some other problems out. In olden days the first month of the year was March. Look at the months at the end of our year: September, October, November, December. They were obviously meant to be the seventh, eighth, ninth and tenth months. The sequence was even stronger because July and August were originally known as Quintilis and Sextilis before Julius Caesar and Augustus went and got all lah-di-da and had months named after themselves. What egos! The world we live in now, where Dec denotes the twelth month and Oct the tenth must surely offend any linguist. So let's take the opportunity provided by the introduction of a 13th months to sort that out.

I propose we go back to starting in March. I think we should teach those old Roman emperors a thing or two about humility by stripping them of their monthly honours and returning July and August to their former names. I've got no issue with January and February so I think they should just get moved to the other end of things. So the new calendar would start:
March, April, May, June, Quintilis, Sextilis, September, October, November, December, January, February and then the 13th month which could be called anything but for sake of argument let's call it Gormanuary.

Now there's still a problem. If we just kept running 364 day years one after the other we'd soon fall out of sync because the planets are working to a 365.25 day year system. But this is easily dealt with. All you have to do is add in a pause before the new year begins. There's no reason why new year's day has to follow new year's eve immediately. We could have a day off first. A kind of intermission or drumroll building up to the start of the year.

That way, we'd all celebrate new year's eve on Sunday Gormanuary 28th and the next day wouldn't be Monday and it wouldn't be March 1st. It would just be the intermission. In practical terms it would end up being a great day for a party. Nobody could go to work because it would never be part of the Monday to Friday working week or part of the weekend. It wouldn't be called anything other than The Intermission. "What are you doing for Intermission 09?" people will ask. Of course, every fourth year, The Intermission will have to last 48 hours which isn't a problem because we just get a bigger and better party out of it. Only when The Intermission is over does the next day begin. And then we carry on as normal.

How long is a month? 4 weeks. How long is a year? 364 days. Does one year follow directly from the last? No, there's an intermission. Problem solved.

I probably should have brought it up before the diary makers went to print.
Posted by Dave Gorman at 11:43 AM 72 comments: