The Cat In The Bin

I've not made something like this before. It's not great. But there's something in it and it's nice to discover I can work out how to do it if nothing else.
Posted by Dave Gorman at 10:26 AM 5 comments: 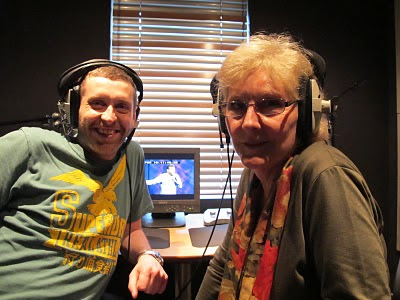 If you read this on my actual blog (as opposed to the facebook page that automatically imports it) you might have noticed that there's a new link to the right advertising the new DVD.

You might also remember that a short while ago I discussed in this parish the fact that I wasn't going to call the DVD Sit Down, Pedal, Pedal, Stop & Stand Up because it wasn't what the show was about and it seemed to be more confusing than helpful.

Well, as you can see from the banner ad, the groundbreaking title we went with in the end was... Dave Gorman. Stand Up Live. Yep. Well, it ended up being one of those things where keeping it simple was probably best. And it is the first time I've done a straightforward stand-up DVD. (At least it is in my head where I don't think of Googlewhack Adventure as a stand-up show on account of it not being me-telling-jokes and stuff)

My Mum came into London today to help me out with one of the extras. I was asked if I'd do a commentary... which seems a bit odd for a stand-up show... so I thought I'd see if my Mum wanted to do a Mother's Commentary instead. Which is odder. The picture is us just before we started recording. I've no idea if it'll be of any interest to folks or not. We'll see.

I've stuck with the company that made the Are You Dave Gorman? DVD available because I like the cut of their jib. It means that, as with Are You Dave Gorman?, you won't see the DVD in the shops though. Instead, they've created a special storefront site for it here--> davegormanstore.com

There's no official release date as yet. That's because there's no way of knowing how long it takes to get it certificated etc. But it is available for pre-order right away and the intention is to just turn it around as soon as we can.

The cover will probably look a bit like this:


I do apologise for the marketingy nature of this post by the way. I know that when I added a picture of the DVD to my facebook page it upset at least one person who didn't like it for that reason. But then again, if you'd decided to release a DVD you'd probably tell people about it too. No point releasing the thing in secret now is there? And besides, look! Here's an old picture of what Mark E. Smith would look like if he wore my glasses: 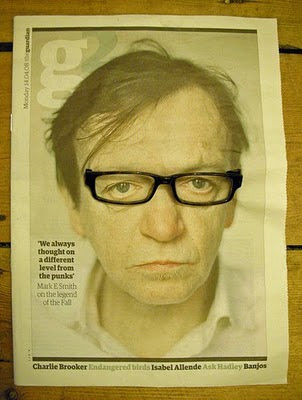 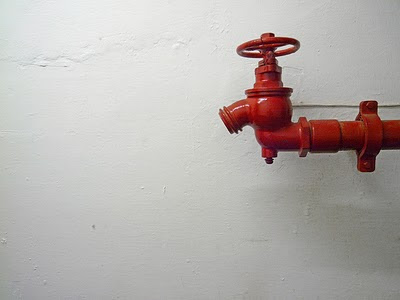 I Go Away For One Week And Everyone Else Disappears!

I had last week - by which I mean the one day of the week that I work on the wireless - off because I was working in Germany covering a darts tournament. (I only spell it out like that because I love the darts and the whole covering-a-darts-tournament sentence still makes me tingle with the stupid excitement of it all.)

But yesterday I was back...only to discover that the rest of my colleagues had disappeared. Apart from Rich - who's job is as unpaid as it is ill-defined. (But trust me, one day he'll be in charge of all the world's radio because he's that smart and talented.)

Our latest signing - hotshot producer Chris - is having a holiday. Apparently the fact that he'd booked it before he got the job meant we had to let him take it. What's wrong with a bit of tough love, I ask? Employment Law comes the answer.

And my on-air chums; Danielle and Martin are both away for a while as they've got a show at the Edinburgh Festival. They've only gone and written a musical. It's called Gutted. A Revenger's Musical. I saw an early preview of it in London and it's genuinely very, very good. Go and see it if you're up at the festival. But don't hang around and heap too much praise on them because I don't want it to go to their heads. If they realise how talented they are they'll never come back to the cosy fold of Sunday morning radio with little old me. I don't want them getting ideas above their radio station.

So, anyway, as far as voices-and-button-pushing stuff goes all of a sudden I was the most senior man in the studio yesterday. Hotshot-Chris was replaced by Overqualified-Justin while Martin and Danielle were replaced by Bob Golding and Mel Giedroyc respectively. Or irrespectively... there's no rule that says it has to be a boy-for-a-boy and a girl-for-a-girl... but you somehow just know it is.

We used to have a regular interview on the show. But around new year we stopped because we always ended up tossing away e-mails and texts from listeners that we liked in order to accommodate the guests. We decided to only have guests when we really, really loved them instead of just as a matter of course. (We've had Harry Shearer and Neil Hannon since, so you can see that we meant it).

But back when we were having a weekly guest, Bob came in to talk about the one-man play, Morecambe that he was starring in, in the West End. I loved him and made a mental note to make sure we invited him back whenever the opportunity arose.

Mel's one of those people that it feels like we should have met and worked together loads of times. I can't quite work out how our paths didn't cross sooner. As it goes, I first met her a couple of months ago when she was a guest on Genius. Again, I thought she was fab and made a mental note to make sure we worked together again at the first opportunity. (The latest series of Genius is all filmed and ready to go by the way... we're just waiting for Mr & Mrs BBC2-Scheduler to tell us when.)

So while there were a lot of new people in the studio yesterday there was also a lot of loveliness bouncing around. I had an ace time with my new radio chums.

We'll be the same mix next week. I imagine it'll feel like we're all old hands who've been doing the show together forever. Oh... and it would be remiss of me to not mention that the podcast is available on itunes here.
Posted by Dave Gorman at 9:09 AM 1 comment:

One thing's for sure, Bravo have been blessed with a very high standard of darts here in Dinslaken.

Yesterday's games were truly brilliant. Every quarter final had moments of tension. The surprise package was Bernd Roith who pushed Barney all the way. No matter what was happening in the game he just looked unflappable. I hope he goes on to bigger things. Being in the players' lounge as he came back down after the match made me feel really privileged. He was greeted by a huge burst of spontaneous applause from his fellow pros. Genuine warmth and admiration and something I'm glad I got to see at close quarters.

Several players that everyone knows do well week in, week out on the pro-tour turned up with their A-game yesterday. If Jamie Caven, Colin Lloyd or Wayne Jones can stay at that level today it could get really interesting.

It's going to be a tough day for whoever wins through. There's a quarter final, a semi final and the final to get through in one day. They'll need to get their heads right three times. After each match there has to be a come down as the adrenaline subsides, but somehow they'll have to manage it and get back into the right place for the next game. Going to be an exciting day.

Keep me company on twitter through it if you can!
Posted by Dave Gorman at 10:06 AM 4 comments: