We're on the home straight of the tour now and the mood in the camp is still high. Of course it is. Touring is fun. And the venues have all been sold out.

There are still a few tickets left for tomorrow night on the Isle of Wight, mind and for a few of the others coming up. (Bristol, Belfast, Dartford, Dorking, Cambridge, Sheffield, Liverpool and then, finally, four nights in London).

I keep having chats with people on Twitter who tell me that they think the shows are sold out - because that's what the internet tells them - but who then manage to get a ticket by calling the venue. There are almost always late releases of tickets that were held for press etc and so most of the time, a handful of people get last minute tickets that never make it back on to the websites.

But because the show has been selling out there are plenty of venues asking us to do extra shows and a fair few new venues wanting the show to come to them as well... and so instead of being on the home straight, we're actually approaching the halfway point. We're extending the tour into 2015.

It will be the same show - with the brilliant Nick Doody too - and we'll start the second leg in October next year. (There's the small matter of making 8 more episodes of Modern Life Is Goodish to deal with between now and then, so it's not as though we're slacking off!)

The tickets went on sale, exclusively through See Tickets this morning. They'll be on general sale from Friday.

Here they all are on a handy, zoomable, scrollable map...

The link for all tickets is seetickets.com/tour/dave-gorman
Posted by Dave Gorman at 11:12 AM 14 comments: 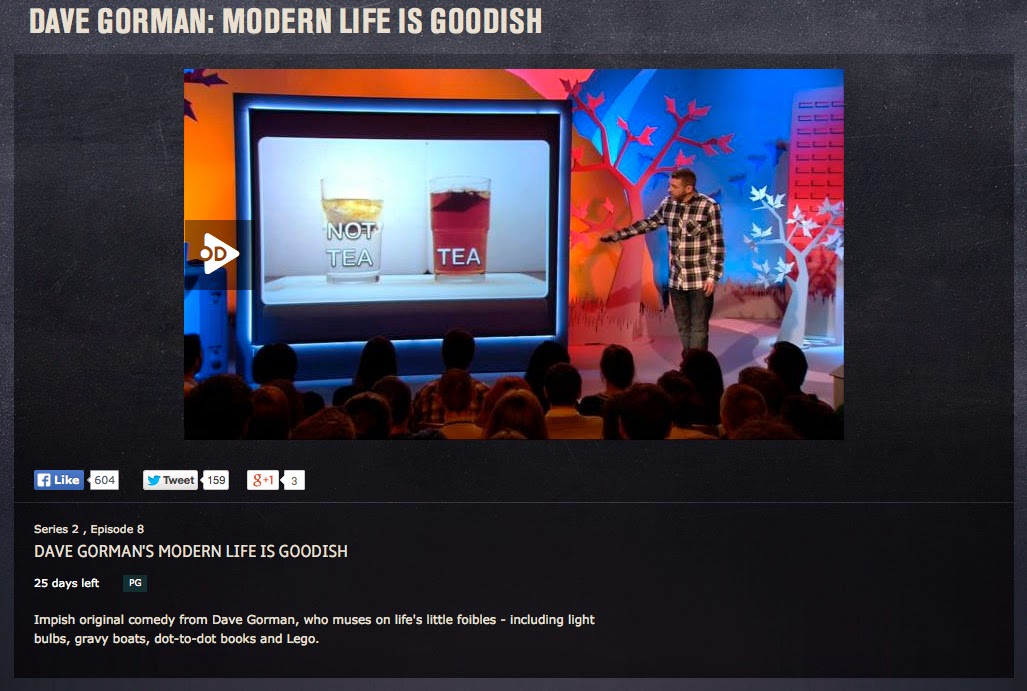 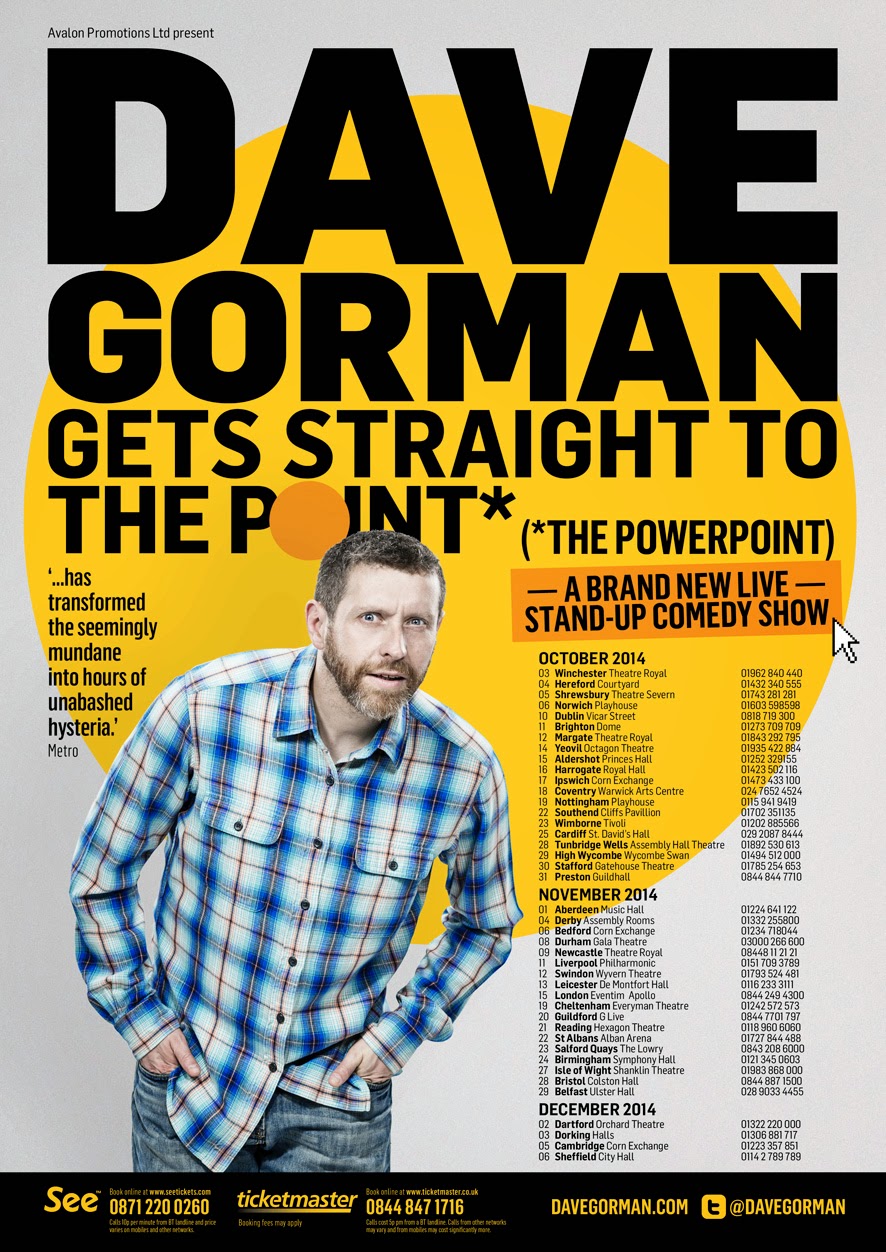 A lot of the dates (but not all) show up as sold out online but, as I explained recently, it's always worth a phone call.
Posted by Dave Gorman at 8:06 AM 9 comments: