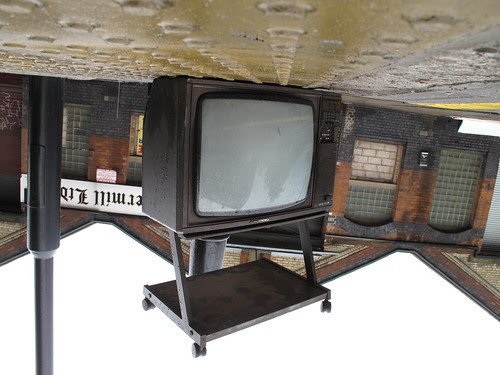 Looking forward to seeing you in Newcastle on the 7th March. A belated birthday present for my sister and only 5 days after yours (at least the tattoo means that all sorts of people who wouldn't normally remember your birthday now have it etched in their brains!) We're in the third row and promise not to heckle!

Unsettling image of the day! BTW Dave, I had no idea that Dappy was so funny...:¬)

You have been very good on The Wright Stuff. I'm glad you're on all week.

Every time I have porridge I'm starving an hour later. Facts about my metabolism part 1.

@Ali Taylor - me too. And I'm Scottish. Feels wrong somehow...

I'm sure Dappy can be funny. But not when he threatens to kill girls, though... As he did last week when some poor lass had the temerity to not like his sorry excuse for 'music' on a radio show.

@Anonymous: er... I don't disagree. I got the point for myself about the unpleasantness of his behaviour when it happened thanks, but my post was about his "appearance" on Dave's show. I don't know if you noticed, but it wasn't actually Dappy on the DG show. Admittedly, Danielle did a really good impression...