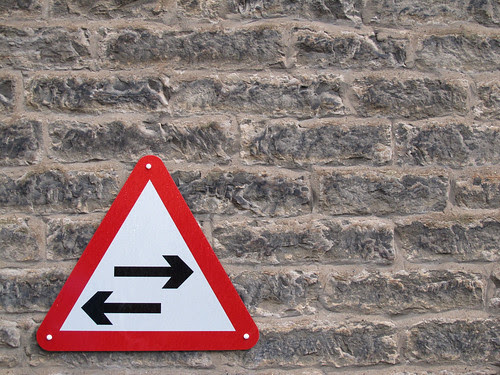 In Edinburgh, at the festival, you can't help but be aware of reviews. Even those people who say they don't want to read them know there's something they're trying to avoid reading.

But on tour, you don't really give it a second thought. I never ask if we have any reviewers in because there's no point. It's not as though I'd change the show if I knew they were there. I know it sounds cheesy but we try and do the best show every night, whatever the circumstances.

Anyway... I had no idea we'd been reviewed until this morning when I was having my breakfast in Bedford (which is just a ford away from the best place to have breakfast) and as I flicked through the paper I happened upon it. It's a review of the Aldershot show and it's lovely.

"Dave Gorman's latest offering, Powerpoint Presentation, is a much-needed reminder of how a truly gifted performer can delve beyond clever punchlines and make us look afresh at the world. The nearest thing we have to that late, great American raconteur, Spalding Gray, he turns monomania into the most compelling and uplifting of confessionals.

"The man who taught us about the mysteries of the Googlewhack takes off on another technological journey in this show using a screen and projector as his silent foil. The techie display however, never comes close to swamping the human element. Each intricately crafted routine becomes a masterclass in timing..."

Which is all rather lovely. I'm a huge admirer of Spalding Gray so to be included in the same breath as him is absolutely thrilling. Truly. I'm chuffed.

Nice one, great review. Loved Googlewhack (the book). Narrowly missed getting tickets for Aldershot. Keep it up Dave!!

Ooo, exciting and excited. Have not read any reviews you have posted and for the first time ever I have very little idea what your show is going to be about.

This is a very new DG experience for me.