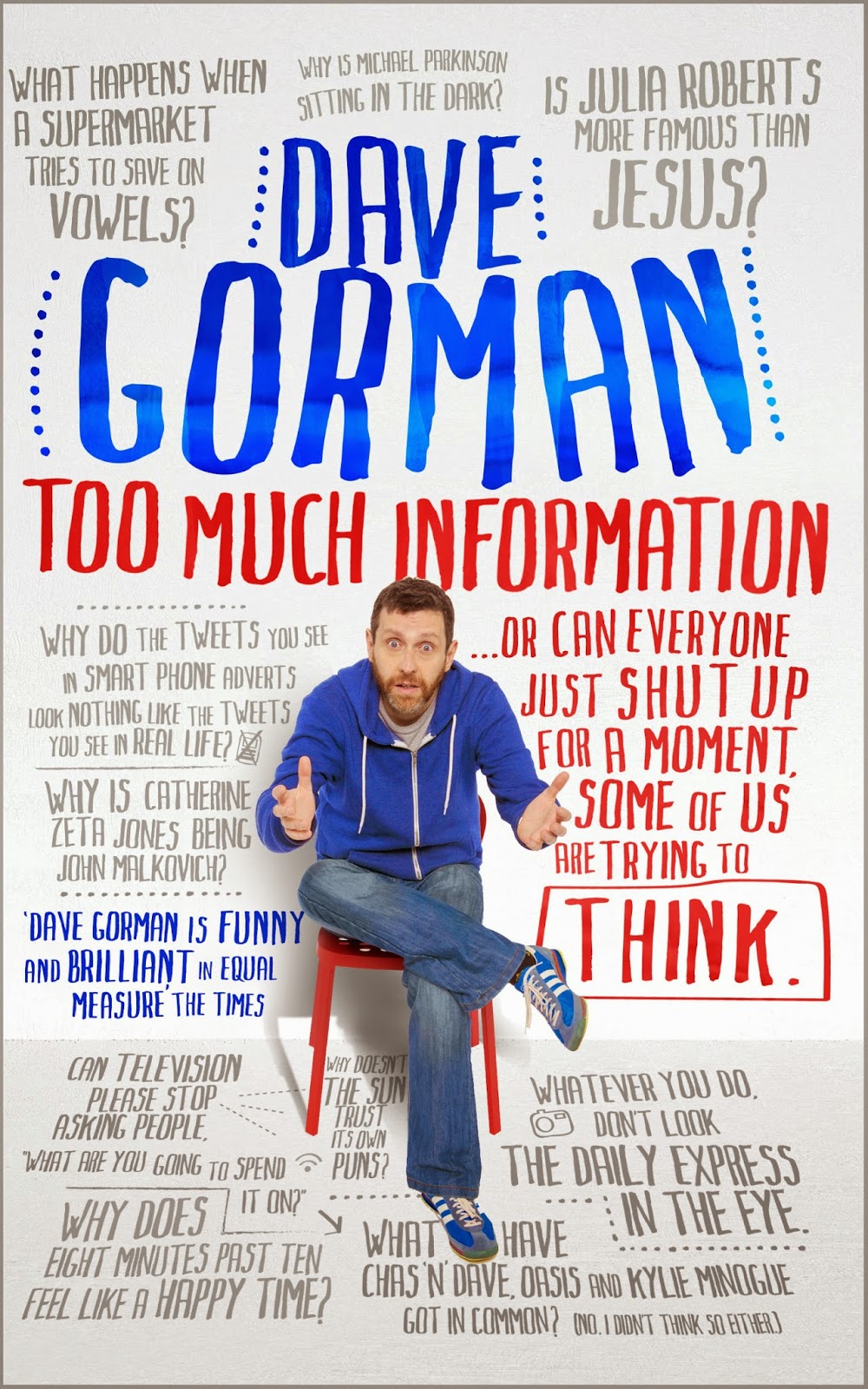 I'm excited about a new book, it's been a while:)

I don't think you have provided enough information
...

great! just a shame its not available in time for xmas

I'll crack on with chapter one, when....

I am excited too and want to know nothing more about it until I can read it for myself. I dont like spoilers.

Look forward to it.

The important question arising from the cover though is this: are those Adidas SL72 trainers and, if so, do you (like me) wear them because they're what Dave Starsky wore in Starsky and Hutch? (Visual evidence)

Amazon might not have a photo of the cover but they are taking pre orders for the book. So crack on with writing it so I can read it on holiday in the summer

June next year! I want a copy now, looks finished enough to me, roll em out for Christmas!

Hurray! I hope for your sake this one is free of any getting-shut-in-an-attic, attacked-by-a-creationist, waking-up-hungover-at-Heathrow-armed-with-just-a-passport type mishaps!!

Excellent pre-cursor to the tour....great summer reading and no doubt guffawing whilst others read their boring serious stuff (not that having time to think ISN'T serious I hasten to add).

Hoping for an unabridged audio version too

Your tiny sentences seem a little overworked. Whatever happened to the great radio show you did? With Danielle and Martin?

I've heard this before "another great way of not-writing-a-book" , so where you travelling to this time?

@Anonymous I always find it odd when people ask a question like that. If you'd listened to it, you'd know what happened to it!

But, seeing as you ask: http://www.gormano.blogspot.co.uk/2012/11/absolutely-november-4th.html

So I can bring a copy to get signed at the Symphony Hall Birmingham next November then, yes?

Before you start, I heard there was an undiscovered Dave Gorman in the Yukon who was awaiting your visit...

I love writing about stuff. I am working on writing a million words about stuff on my own blog. So far I am just over half way through it.....

I wish you luck but then you are a clever chap and will no doubt create something Hunky Dory.

Did you know that the universe is almost entirely created of stuff, there is a lot of it about.

I never shat in a hat, but did have a spell of crapping in old paint tins. As you read this it may be too late to put in your book though :-)