So far, the dates for this fourth season of Screen Guild shows have been released one by one. This hasn't been because we were holding any information back, it's because there are only so many dates that work for me and it wasn't immediately clear that they worked for any one venue. (Which is why the first two have been in different places.)

But that's all been sorted out now, so we have the dates for the rest of the season. The final three shows will all be at the Hackney Picture House - the lovely venue that hosted all of the third season of shows. 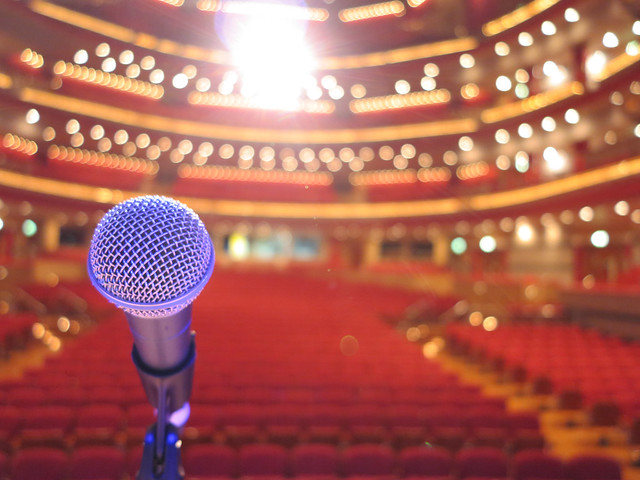 This isn't the Hackney Picture House, by the way. There aren't this many seats to fill... but even so...

So the dates for the remaining three shows are:
Saturday, May 16th,
Friday, June 12th
Friday, July 10th.
You can get tickets for any of them here.

For the unfamiliar, these are shows that I host while introducing four guest acts. The Screen Guild is my new material playground - the place where I get to experiment with new ideas and work up material. Without it, there wouldn't have been anything to tour these last few years and nothing to make Modern Life Is Goodish out of.

There's a page on my site devoted to the shows, so if you want a fuller explanation as to what it is, why it is and why it's where it is, this is the link to clink.

Incidentally, we're making series three of Modern Life Is Goodish right now - two episodes filmed, six to go - and that means there are also a few other live shows happening, always in the week before each recording... oh, and then the Straight To The Point* (*The Powerpoint) tour continues later this year - and early next. Details for everything live can be found on the Live Dates page.
Posted by Dave Gorman at 12:20 PM