As some of you who have bought tickets for the dry runs in Cambridge will already know, I'm not very well. I can't remember the last time I had to cancel a show due to ill-health... but I guess it happens to all of us. My apologies to anyone who had bought tickets. 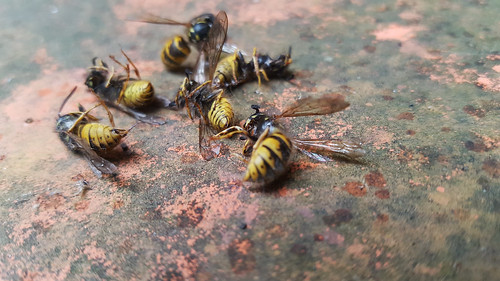 Unfortunately, the nature of these shows - they were dry runs in advance of the next recording for Series 4 of Modern Life Is Goodish - means that missing them has a knock-on effect.

I don't write scripts for what I do - I build powerpoint. When I'm putting the slides together I have an idea in my head as to what I want to communicate; the point I'm making and where I think the funny is... but I find that if I try to learn a script it comes out sounding second hand. I no longer sound like someone with a story to tell to an audience, more like someone with a thing to recite in front of an audience.

Which is why I do the dry runs. It's on stage at those shows that the 'writing' happens. That's where I find the words. It's also where I do the editing; cutting or adding stuff each night until I have a show that works in four parts that roughly fit in the holes required to make the telly show. In short, the dry runs aren't a luxury, they're how the show is written.

Unfortunately, I'm not just ill enough to stop me from travelling to Cambridge and performing... I'm also too ill to sit at a desk for 8 hours powerpointing each day. (What do you mean, that's not a verb? It is now.) 600+ slides take time to build and get right.

Which means that right now - no part of the writing process is happening. The powerpoint doesn't exist and can't be created by someone else because that's how I write material. And the words don't exist because I'm not able to go on stage and find the words. And so, even if I am well enough to walk, talk and think on Sunday - and I hope I will be - there won't be two hours of new material for me to perform because the writer is currently off sick. (That's me. I know you got it... but... well, y'know...)

So as well as cancelling these three dry runs in Cambridge, we've also had to postpone the next recording. And schedule three new dry runs to make sure there are two shows to record. We tried to find dates that worked in Cambridge as that would have been the easiest way of trying to make things as right as we can with those who have bought tickets... but sadly that wasn't possible.

So with apologies for everyone that's been inconvenienced, here's what it means for various folks.

If you had a ticket for the shows on September 25th, 27th or 30th, tickets will be refunded. Contact the venue if you don't hear from them.

If you had a ticket for the recording on Sunday, October 2nd, you should have received an email from TVRecordings with details on how to rebook for the new date if you can. Obviously we want those people to have first dibs. The new date is Monday, October 17th.

If you want to come to one of the new dry runs: They're in Fareham - at the lovely Ashcroft Arts Centre.Those dates are: October 10th, 12th and 15th and you can get tickets for those here.

Once again, I apologise to those who are inconvenienced. Trust me; moving a recording is a big decision that isn't taken lightly... we really don't have a choice.

No problem, hope you feel better soon! Your work always cheers me up :-)

Hope you're feeling better soon Dave, the show will definitely be worth the wait ~ Z

We're gutted to be not seeing you in Cambridge on Friday :-( Get well soon.

Your health is the most important thing. Take your time and hope you feel better soon

Cambridge's loss is our gain. Get well and we'll give you a warm welcome on your south coast return

Awww Dave we were coming tonight so we're sad to be missing out as we saw you there last year and loved it. But of course your health is totally top priority and we hope you're soon better and get back your writing energy. Will look forward to the TV shows! Get well soon! Helen and John

I don't live in Cambridge and haven't got a ticket.
Hope this helps.

so the Modern Life is Goodish is cancelled this sunday? i had a ticket but havent recieved any email to say its cancelled or to offer me a new ticket. Hope you are ok Dave

Get well soon Dave. All the best. Pip pip ❤️
From Sooz x

Get well soon Dave. That man flu's a bitch ;)

Get well soon Dave. That man flu's a bitch ;)

1. Anyone who takes issue, offence or umbrage at you having to cancel and postpone is the one with the damage. You don't owe us anything. Disappointing? Of course, but not even your amazing shows are more important than your health.

2. I hope your recovery is swift and as easy as it possibly can be.

Well if you have this season's flu I wouldn't fancy your chances for October either. Hopefully it's not, my husband and I are in our fourth week and we are not impressed. I'd love to book but I'm beginning to think we are never going to get over this. Sweet dreams and get well soon. x

Look after yourself, lots of sleep and family hugs xx

Dave, you are worrying me... I do hope you get well soon. x

Hello Dave , some northerners hope that this is nothing too serious and that you are one the mend pronto. If it is so serious to keep you away from the PowerPoint coalface, it's a worry for us all. If however, you turn out to have been affected by shandy drinking, southern , softy behaviour, well you should have known better. X

Your work is superb and like all of your fans I wish you a speedy recovery from whatever it is you are suffering from, as well as writer's block of course.

I live in Cambridge and didn't even know you were going to be performing here! I hope you're feeling better soon and I can't wait to see the new series

Hi Dave Sir, Wishing you a speedy recovery. May we know what happened to you? Is it a flu or a body ache or what is it?

And a second doctor orders "Follow the advice of the first doctor". Get well soon!

Dave everything you broadcast is laced through with politeness and class, even this explanation. Have a really effective and thorough recovery process and we look forward to the shows when they appear

So sad to hear that you are poorly. Get well soon Dave. Love you and love your work. Perhaps you've been drinking low temperature tea or something equally grim?

We had tickets and are, of course, disappointed. But the venue phoned, emailed and refunded immediately which was pretty impressive.

But your good health must come first so be well.

Re: Kevin Pascoe above. You missed a trick there - surely you should have said "That Gorman Flu's a bitch!"

Get well sson Dave, hope to see you in the 17th!

Fareham is sold out. .....and that's not me being a fusspot! Get well soon.

Sorry to hear you're unwell; hope you feel better soon.

Thank-you for the blog post too; interesting to get some insight into your writing process; I've always preferred the more improvised take at writing too.

RE: someone else writing your powerpoints for your, it would be interesting to see what sort of a show would come out of something like that; just being given a presentation and trying to make it interesting & funny... Reminds me a little of the Trachtenburg Family Slideshow Players; a band who made songs based on found photos.

Get well soon, and good luck with the new series; looking forwards to watching it.

Hi, will the dry run on the 15th and the recording on the 17th largely be the same show(s)?

Currently have tickets for both, but might let one go so someone else has the chance...