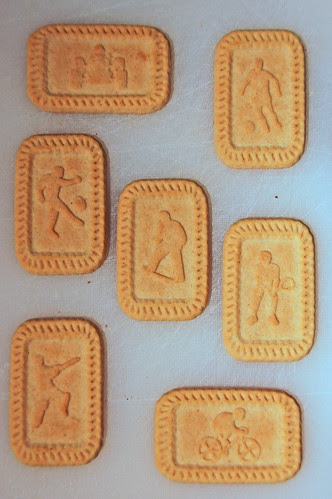 People - rational people, many of them people whose opinions I value - start talking about the Sports Personality Of The Year.

They ask who you think will win it, they tell you who they think will win it... and all the while, the assumption seems to be that this-is-important. That the competition matters. That it is the prize that people crave.

And I don't get it. I don't think it's important and more than that, I don't understand how any sportsman or sportswoman could think it was important either. It seems to me to be the antithesis of what sport is really about.

Sportsmen and women compete. In events that have tangible outcomes. They strive to be the best at what they do. And when all is said and done, the outcome speaks for itself.

If you set out to be a great cyclist, then world records, gold medals and yellow jerseys are surely your ultimate goal. What could possibly be more meaningful to Bradley Wiggins than winning the Tour de France? That's the proof that he was the best of the best in his chosen sport.

Sport isn't about being popular. It's about some combination of being the fastest, the strongest, the most accurate, having the best technique and/or the most tactically astute. It's about strength of will, determination and above all else, ability. It has nothing whatsoever to do with who we like.

I don't understand how anyone is supposed to compare the achievements of the twelve nominees - or indeed the achievements of those who could just have easily been nominated but weren't. It just seems ridiculous. And actually, just a tiny bit insulting. As if our opinion matters more than the sport itself.

Saying to those people, "I know you set out to achieve something huge and you succeeded, which is lovely... but now we're going to have a vote and let you know whether you were the best at being the best" makes us seem a bit full of ourselves doesn't it? Why on earth would they care? "Yep, being the best in the world at your chosen event is all well and good... but is it really good enough... we'll have a vote and get back to you." It's a bit cocky isn't it?

Maybe it's all just a bit of fun. In which case, can people stop talking and writing about it as if it was important. And when I say that I don't care who wins, can people stop saying, "but it's the Sports Personality of the Year!" as if I hadn't understood the question in the first place. I know it is. That's why I don't care.
Posted by Dave Gorman at 3:56 PM

It (the SPOTY award) used to be the bit at the end of the Sports Review of the Year, with a few other bits and bobs dotted around. At some point the whole program became a Big Deal, with the "personality" part becoming increasingly emphasised until now we're headed, in no particular order, into full-on Sports X-Factor Personality of the Ice Jungle. But I suppose I'm no longer the target demographic because it's become unwatchable, so I don't.

To be fair to Bradley Wiggins, I really don't think he cares about it either (nor for that matter Andy Murray) which is why I love him so.

I agree with all of the above, and I'll be voting for Katherine Grainger ;-)

@Mark: I think by the time a sportsman/woman has reached the stage where they are nominated for this, then they're pretty well catered for in terms of sponsorship. Of course the winner might get more - but on how many years has the winner been a multimillionaire, world champion in their field?

Besides, that's not the point. It's just that it's a meaningless contest to me and I don't understand how & why other punters come to invest so much thought/emotion into it. It does the exact opposite of sport for me. It robs the participants of the thing that makes them so brilliant - their ability to compete and change the course of events unfolding around them.

@Dave Fair point, regarding the likely bank balances of most of the winners.

I'll go with the "It's just a bit of fun" explanation, then.

'Journalists' in Sydney decided that Australia's best sportswoman for 2012 should be Black Caviar. Yes, the horse...