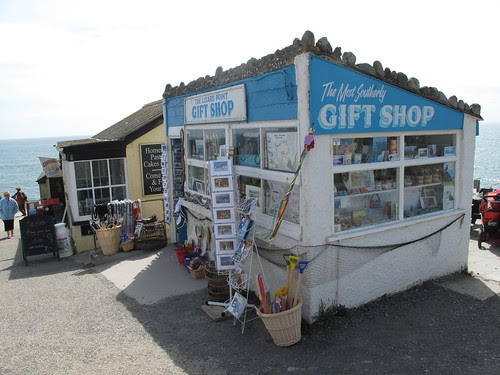 I've spent the day in Cornwall and it's fair to say that I'm nervous about what the next month holds.

I'm cycling between Britain's four corners. From the southernmost point of the mainland to the easternmost to the westernmost to the northernmost. If that wasn't hard enough I'm going to be doing a full on one man show each night. I can't help thinking that after 50 or 60 miles in the saddle I should be lying down in a darkened room with a drip feed of carbs and protein. 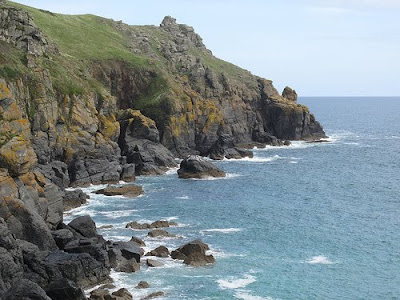 I've never done anything like this before. I have no idea whether I'm capable of cycling 1500+ miles or not. Trying to perform a full show each night while I'm doing it is bound to make it a whole lot harder. My mood has flipped between confidence and dread in the last few weeks but being down here now with my tour manager and all round good egg, Ed for company has meant I have nothing else to think about except what's about to happen.

The ride starts at Lizard Point - the most southerly point of the British mainland - so we went over there today for a bit of a look around. It's beautiful place. Not the tacky enterprise that so many people tell me Lands End - pretender to the southerly crown - has become.

We went for a longish walk to take in the spectacular views and drink in the atmosphere. It's inspiring and for the time we were there I reckon excitement overtook nervousness. 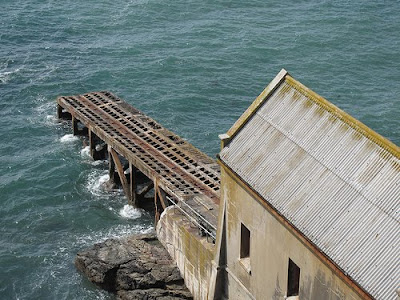 But as we drove away I was constantly looking at the roads and contemplating how much of it was up or downhill. And nervousness started to take over once more.

But there's no turning back now. Not right now anyway. And for me, waiting for things to start is often the worst part of it. I get nervous in the five minutes before I go on stage but the nerves evaporate the moment I actually walk on.

I hope the same is true with this. Even if it turns out to be a hellish experience I look forward to finding out. I just want to know what it is I'm actually dealing with. Not knowing is the worst part.

So... roll on 10am. That's the time I've arranged to meet the first of my human sat navs... that's the time that I'll start knowing, that I'll actually be doing it and not just waiting, contemplating and tying myself up in knots about it.

Please let the wind be at my back. For thirty two days. Is that too much to ask?

Good luck! Some of my colleagues did Land's End to John O'Groats on their bikes (via radio station's in our Group) averaging 80 miles a day. The team consisted of Md's, middle-manangment and (even!) DJ's - they all completed it successfully (and with so many stories/experiences that came with the challenge)!

I'm looking forward to seeing the gig in High Wycombe next week.

Best of luck to you!

All the best from Porthleven and may the wind be at your back.

Wishing you all the best and looking forward to your Cambridge show.

Good luck Dave! Just think about one day at a time - 4 hours of cycling (50 or so miles a day at 12 miles an hour should be doddle)and a couple of hours doing the show. Leaves you 18 hours to eat, sleep etc.

Better than having a real job, isn't it? Just look at us schmucks commuting the same route day after day to jobs we hate and think yourself very lucky!

PS - hope you'll find time for the odd tweet en route: there are thousands of us out here who want the trip to go well. Just wish I could find a venue within reach of here where we could see the stand up during the tour: they are all sold out!

Good luck. I'm looking forward to seeing you at the Marina In Lowestoft. Have fun!

Good luck Dave, sounds amazing, I assume you'll video it for a dvd, I hope it goes great and you enjoy some of it.

One thing though I need to ask, Why?