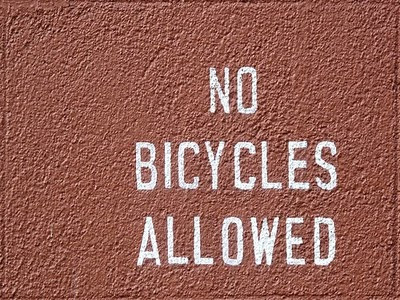 Oh... and in other, other news... Genius is being repeated on Dave. That's the TV channel, Dave. Obviously.
Posted by Dave Gorman at 9:36 PM

Best of luck on the road Dave! Looking forward to seeing you live in Scotland again.

Idea for another show - travel around the world and find others who share their name with a TV channel that shows their TV shows (despotic megalomaniac dictators need not apply)...

Didn't realise you were playing Canterbury until it was too late to get two tickets together, so sadly won't be seeing you here. But I hope you have a great time in our little city and if you have time, check out the view from the University of Kent campus (where the Gulbenkian is) over the city. It's really beautiful.

Hope you have a great show, and a brilliant tour!

Good luck uwth the show, 8 of us are coming to see you in Basingstoke.

Saw your warm up in Andover last year and am looking forward to seeing how the show has evolved.

Have a great tour, Dave. Looking forward to seeing you in Bradford next week!

I'll be there in Southend! Really looking forward to it.

I bet you could cycle the Irish Sea, given a suitably modified bike. Now there's a challenge. Sounds like a job for Chris Boardman...

Looking forward to seeing you in Stoke as you had been inconsiderate enough to sell out on your Birmingham show before I even knew you were touring again.

Yay! See you in Oxford then.

Come to Dublin, Dave! You know you want to...

Looking forward to seeing you in Brighton. Thanks for the reminder, it's nearly sold out!

Dave, any sign of a Dublin gig? We'd love to see you over here!

@Ian and anonymous: I'd love to do a gig in Dublin but the answer to these things is always the same. I don't book theatres, they book me.

Good luck with the Sit Down, (acelerator) Pedal, (brake) Pedal, Stop and Stand Up second leg.

You're coming over to Oxford, but I saw the show in Wycombe, and it would be ridiculos to see one of your shows more than once.

I hope Team Genius are oiling their collective cogs as well.

@Emma - ridiculous but it's what we are doing anyway! You should do something ridiculous every day. Or was it something dangerous?

We'll hopefully see you, completely de-rusted, but not too well-oiled in Nottingham on Saturday - You're our Valentines treat (not to worry you or anything!).

If you ever do fancy a bit of 2 wheeled pedalling in this area, we make great human SatNavs.

@ Scottish Nature Boy - I saw Googlewhack... I think 4 times. It was ridiculous. I must have had a lot of disposable time on my hands back then.

To be fair, the shows were different every time. In one of the theatres, I saw a mouse.

You left off the Lecture Theatre at Walton in your tour dates. Fantastic acoustics. Especially if you stand next to the upright Piano. Plus plenty of room to queue in the locker area.

Hope the scouse heckler left you alone at Preston this time around! I have never seen a heckler manhandled out of a theatre before! Well played!