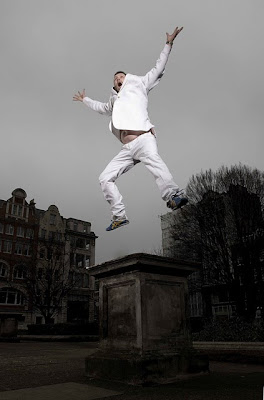 Hope it wasn't permanent marker or you guys will have an Ebay dispute on your hands when it doesn't wash out.
Good luck! :)

Bravo Dave for doing your bit. Though i have to say.....holy round gut Batman! Has your cycling hit the buffers Dave? If so i know the feeling over the last few months. But the nice weather is now returning so bye gut. Or maybe its just the shadow.

Re:"holy-round-gut-Batman"... I've been incredibly sedentary of late. Too much desk work. I always put on weight when I'm writing a book. But it's nearly done and the weight will hopefully disappear when I get to be more active on the other side. I hope so. It might not. I'm 40 now. Fingers crossed.