Unfortunately I have some bad news regarding the Derby date on the upcoming tour. For reasons beyond my control - the show has had to be cancelled. 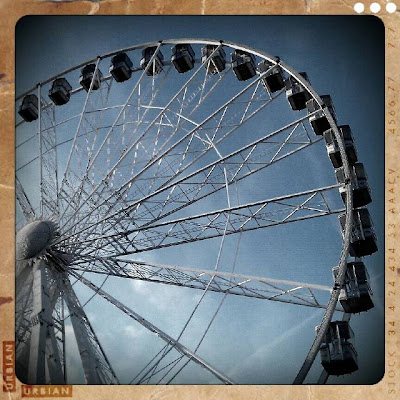 If you live locally you probably know that there was a fire at the venue in March and, while I was under the impression that they were initially hopeful that it could be repaired and back in a few months - which would mean my show (on November 4th) would be fine, they're now saying that the venue will be closed for 18 months. Indeed, they're still not sure whether it will be repaired or replaced.

We've tried to find another venue in Derby but it hasn't been possible. The venue would need to be at least as big as the Assembly Rooms, technically equipped for a show like mine not to mention free on the right date, or at least on another date that worked with the tour etc and there doesn't appear to be any such venue. We widened the search to elsewhere in the East Midlands - I was hoping that as the Nottingham date appears to be sold out there might be a way of adding a second date there for example... but the dates can't be made to work.

If you've bought a ticket for the Derby show, I can only apologise. If the seller hasn't already contacted you to arrange a full refund, then do get in touch with them.

The full schedule of dates is here.
Posted by Dave Gorman at 7:41 PM

Is that a picture of Pripyat?

I mean, OK, Derby's pretty dire, I've lived there for over forty years... But Pripyat?

I'd have gone with mid 1940s Hiroshima myself.

Absolutely gutted :( been looking forward to going to your gig for months. Last time I saw you I was pregnant with my now two yr old son, and I'd not laughed that much in a long long time! Will have to wait until you tour again now :(