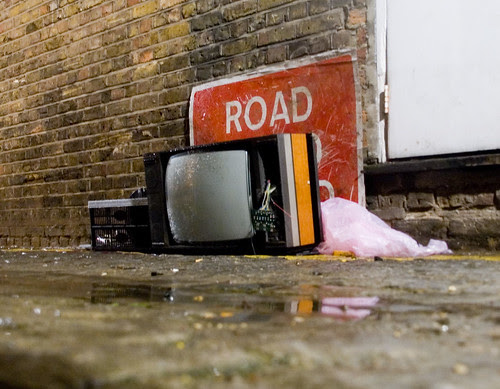 We're making a one off episode of Genius for the tellybox later this year.

It'll be towards the end of November... I'll let you know more about it and how to get tickets to come and be in the audience nearer the time. (If you want to be the first to know, sign up to the mailing list - the link is on the right)

But for now, all we know is that if we're making a new show we want to hear more of your ideas. If you've heard the show you'll know the kind of thing... although having said that, we don't want to have a load of ideas that are a-bit-like-the-ideas-we've-already-discussed... we want to hear your ideas that are brand spanking new and y'know, genius. Think outside the box and we might well ask you to appear on it.

Don't send your ideas directly to me mind... I'm an idiot with a book to write so I'll only go and lose them somewhere on the way to Genius HQ. Send them direct to Genius HQ instead:
e: genius@bbc.co.uk

I had a long conversation after the last recording of Series 3 on the way home about the tellybox potential of Genius. Woo for Genius.

I never saw Genius. I have no idea what sort of ideas are good ideas...
Murray

The people who sent ideas in for the first series had never heard the show either.

You don't need to know the show to have a genius idea... and as I said in the post, we don't want to only get ideas that are a-bit-like-ideas-we've-already-had anyway.

and you'd struggle to see it, what with it being a radio show and all...

Well....now there's a challenge. I'll certainly have a think, but I rather suspect anything I could come up with would be better off on the Dull show...!

That sounds like a great idea. Will the ideas that people who sent for the radio series be considered or do we have to send new ideas like everyone else?

Everything goes back in the hat.

In all honesty, there's no sensible way of organising these sort of things so I'd re-send any previous ideas that might have been passed over before the series found its feet... as well as sending us new ideas. The more stuff we haven't seen before, the more fun it is for us to work out.

Marvellous. I'll send my original idea, plus I'll try to come up with another. Looking forward to tonight. :)