This week will take us up to the half-way point on the tour... and at the same time, will take us on the longest journeys yet. We start the week bouncing around the capital - St Albans, Tunbridge Wells, High Wycombe and then head to Stafford, Preston and eventually Aberdeen. 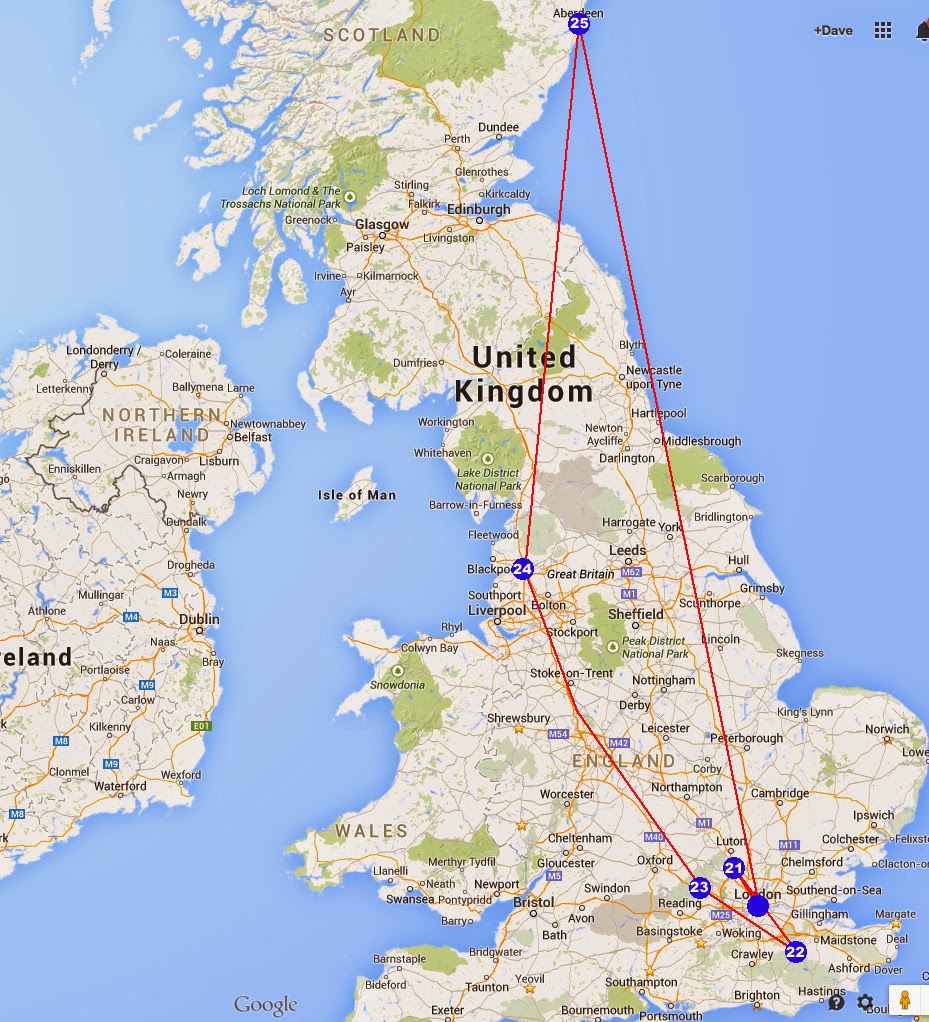 The remaining 30 dates aren't all sold out yet, but I'm delighted to say that it looks like things are on target to sell out. But if a venue's website says a show is sold out, I'd always encourage you to contact the venue directly.

But looking at a seating plan and a technical drawing of the venue doesn't always tell you everything you need to know and we always try and set the show up in a way that affords as many people as possible the best view. So, when we arrived in Cardiff and worked out where the screen ought to be we then went through a process of running around the venue and working out if any new seats could be put on sale. In the end, we released a further 40+ seats... and because the venue had been so organised and kept the contact details for people who'd been trying to get tickets, they were able to sell them all in an hour and a bit.

That's not the only time there have been late releases... and it's not unusual for venues to get returns, or to release tickets that had been held for press etc too. The websites won't tell you that... they'll only tell you whether a ticket is currently available or not. And I figure most people will assume that's that... they won't think of trying again in a week and in this day and age, it seems people are reluctant to pick up a phone and actually speak to a human being. If the internet isn't there to help us avoid human contact, what the hell is it for?

Obviously, I'm delighted to be in a position where this is relevant... and I want everyone who wants to see the show to be able to do so...

Like I say, there are plenty of venues where the show isn't sold out yet... but it does look like they will... and if/when that happens, that doesn't mean that all is lost... it often means you're best speaking to someone... just in case...
Posted by Dave Gorman at 9:25 AM

I've just managed to get two tickets to Liverpool this way - cheers!

Hi All
I have two tickets for Salford on the 23rd which I only want face value for not for profit please email me at robert.m.smith@dsl.pipex.com if you are interested

I see there's a question mark by Hastings, I hope that means you are considering coming down here...