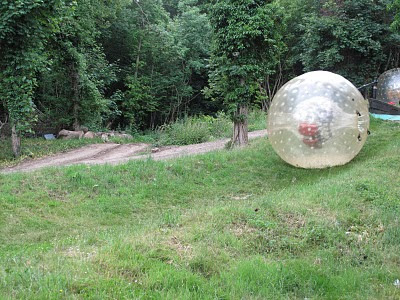 Having not had a day off for a couple of months I seem to have contrived to cram four or five days worth of entertainment into one beautiful, hectic, silly, funny Saturday. It was ace.

It started with a trip out to Whyteleafe - that's Croydon way - to go zorbing. I've wanted to do this for ages.

I love living in London. I love the buzz and energy of the city. And I love that it only takes a 45 minute train ride to completely leave the city behind. Best of both worlds.

Zorbing - which, if you haven't heard of it before is basically just rolling down a hill in a big, silly, rubber ball - is ace fun. Myself and TDB did it once and then insisted on doing it again immediately. I had my flip-video camera with me. Sometimes it was pointing at our faces.

After that we went for a stroll, hoping to find somewhere nice for a spot of food. But with no country pub in sight and some bunting waving in the light breeze to tempt us we ended up popping into a school fete instead. I say 'fete' it seemed to be a two day festival. Things have certainly come on a bit since I was a lad. They had driving instructors taking kids out for a spin at one end of the field, a climbing wall, an impossibly dangerous looking ramp for mountain boarders and two stages for various children to perform on. We saw some impressively un-self-conscious teenagers singing a close-harmony version of Mumford & Son's Little Lion Man as well as some thrash guitar band made up of 12 year olds with faux American accents and I forget how many teeny weeny kids singing songs I didn't recognise.

There's something odd about being at a school fete when you have no connection to the school. But at least I wasn't dressed as inappropriately as the man I mentioned in my previous post. And we did get a bite to eat so it was mission accomplished. 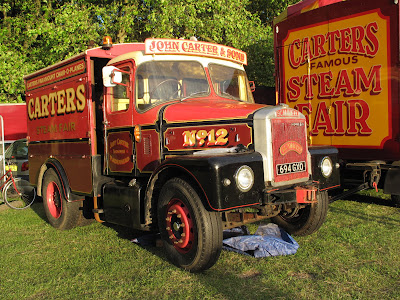 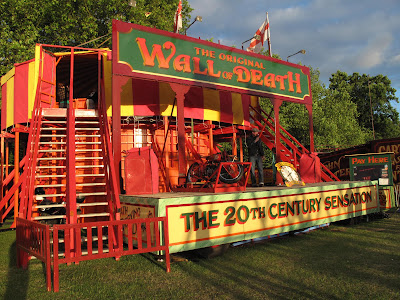 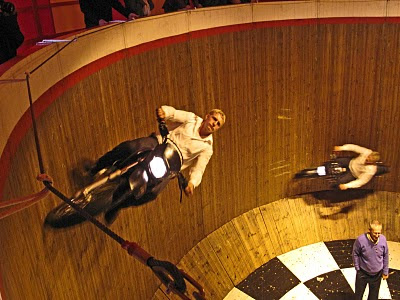 Having made the train ride back to London I would have been quite happy to put my feet up and watch some football but there was a big event happening a short walk away in Victoria Park and it seemed churlish not to at least take a look.

There was a fantastic festival atmosphere going on here as well - with the beautiful old-fashioned, Carter's Steam Fair occupying a large chunk of the park and stalls and stages scattered elsewhere.

(It was not only bigger and better than the school fete it was cheaper too. Well, free. School fetes might have moved on but so have prices... £5 I tells ye!)

The thing that most excited me here was the sight of a Wall of Death.

A proper one. I don't get excited by engines in general or motorbikes in particular but if they're riding horizontally around the inside of a wooden tube then I'm very keen to take a look.

I'm pretty sure I'd put it down as the best entertainment £3 has ever bought me. 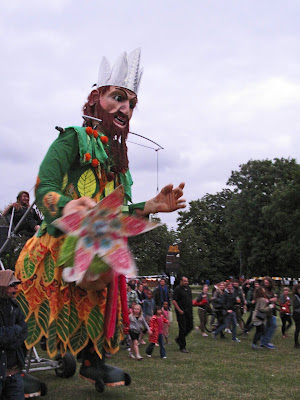 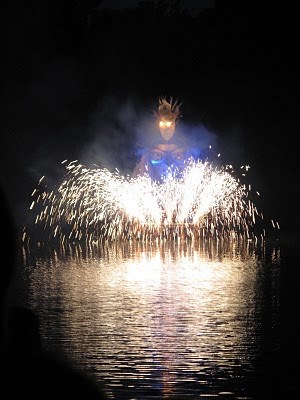 But there was more to come. Like a giant. Leading a parade to the lake. Where there was floaty dancing. Giant swans. Acrobatics. Darkness. Fireworks. 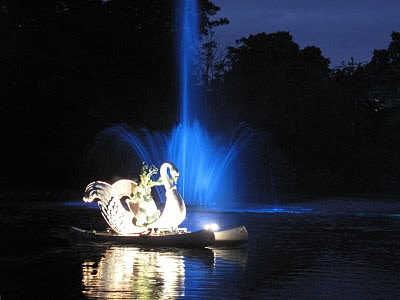 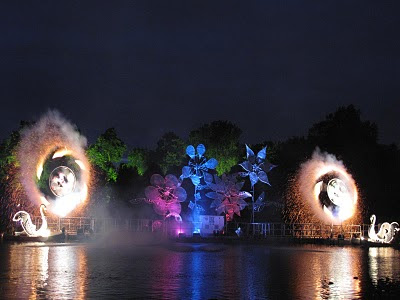 Right. I won't need another day out for months.
Posted by Dave Gorman at 5:08 PM

Looks like you had a great day while I was stuck in the airport reading your book!

Hi Dave, I think last weekend should officially be declared "Britain's busiest weekend of the year" - we launched a CD, sang about it, sang about it again, visited gardens and galleries, bought art, jammed and barbequed all Saturday afternoon, and had an impromptu invitation to eat al fresco (and didn't even have to wash up afterwards). And those were just the things we chose to do - there was lots of things happening we didn't have time to fit in. And everyone I spoke to was the same. Glad to see it affected you too! Great vid. I really like the fact that it isn't obvious from the "in-zorb" footage, apart from B's various hair direction(s), that you are actually rotating. Looks fab fun - there is a zorbing centre in Perthshire. I must have a go. How about another tour, zorbing between venues? No? :¬) Cheers, Scot

Lovely sunny wonderful post that makes me want to walk out and go punting or something.

Enjoy the not working!

@Dave - (since you ask!) on Friday, we launched a CD of songs performed and recorded by Singing Stirling and Kippen Wee Sing (did you see what they did there?), two local singing groups (O and I sing with the first one) - mix of folk, world, reggae, choral, blues, jazzy (niiiiice). Any profits are going to local music projects for children and youth. Would you like a copy? In Absolute Radio terms, "It's QUITE nice!" I'm a recording artist - wow!

I went zorbing in the same place last year - I'd only been going out with my girlfriend for a few months and was a little stuck for what to get her for Christmas, so the obvious solution was to push her down a hill. (And only fair that I came along too.) And it is, indeed, brilliant.
They were testing out their helmet-cameras for the first time when we tried it, but sadly the promised video was never emailed to us.

And I've seen the steam fair before too, in Clissold Park - but didn't realise it was back in Vicky Park the other weekend until after it had finished. (I'd spent all day moving in to my new flat and the first clue we had that there was something going on was the fireworks. Must pay more attention next year.)