I can't think of a title for this either... 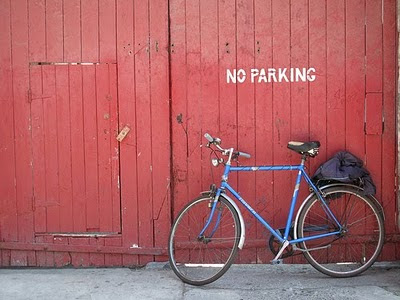 When I first decided to cycle from the southernmost point of the British mainland to the easternmost, westernmost and then northernmost points it wasn't going to be anything other than a bike ride. That was what I wanted to do. For the challenge.

Then I was persuaded to do a stand-up show every night along the way and so - even though the show wasn't about the ride - it seemed odd not to acknowledge the cycling in the title somehow. Which is why the show first took on the rather literal name: Sit Down, Pedal, Pedal, Stop And Stand Up.

If I'd thought at the time that there was any likelihood of the show touring again once the bike ride was over I probably would have called it something else. Something more multi-purpose. But because I didn't think of it as a tour in those terms - and indeed, touring was something I thought I didn't want to do - the idea simply didn't occur to me.

I'd last toured a stage show in 2005 when I took Googlewhack around the States and I hadn't done straight stand-up since as far back as 2001. The bike ride wasn't planned as a way of getting back into stand-up... the stand-up was a way of making the bike ride more of a challenge. It was a way of adding a deadline to each day and forcing me to keep going on the days I imagined I'd want to give in.

I loved the ride. It turned out I also loved doing the shows. I'm glad I discovered that.

Trying to set up a show every night to fit in with a bike ride is a ridiculous thing to do. Certainly from any commercial perspective. The route is what the route is. I was aiming to cycle 50 to 60 miles a day. And each day's ride had to take me in the right direction - towards the next cardinal point. What if that takes me to a town where there isn't a theatre? What if it takes me to a town where there is a theatre but it's already booked? If a venue says they can't do a particular date but offers some alternative dates instead that's no use because my route only takes me to that part of the world for one night. And so on. There's a reason why the tour involved playing some village halls, a barn and a train carriage.

But because I'd discovered that I liked doing live stuff again - and because a lot of venues had shown an interest in hosting the show - I decided to do it again on a conventional tour. Y'know, one that involved travelling between venues in a car or a train. One that involved the stupid kind of journeys you only do on a tour - like travelling from Reading to Edinburgh to Bradford - because those are the days when those venues can accommodate you.

I considered changing the name of the show for this new leg of touring but decided against it. While the 'Sit-Down-Pedal-Pedal-Stop-And' parts of the title were no longer relevant, I thought it was important that people understood it was the same show. I wanted anyone who came to see it twice to be making an informed choice.

But, just as the bike ride begat the tour, so that tour has begat a DVD. Or at least it will have begat it when I've filmed it on July 12. (Come along... it's at The Bloomsbury Theatre)

Each leap takes the show further away from that bike ride... and consequently, each leap make the title even less relevant.

While Touring:
Q: Why is your show called Sit Down, Pedal, Pedal, Stop And Stand Up?
A: Because, when I first toured it I was travelling by bike.
Q: I see. So it's about cycling?
A: No.
Q: Oh? So why is it, y'know, called whatjamacallit?
A: Because I thought a different title would imply it was a different show and I didn't want to mislead people.

In The Future:
Q: Why is your DVD called Sit Down, Pedal, Pedal, Stop And Stand Up?
A: Because once upon a time, many moons ago, I cycled between the cardinal points of the British mainland and performed that show every night.
Q: Oh. Are DVDs often named after the mode of transport the performers once used to get to venues?
A: Not really, no.
Q: Don't they normally describe the content in some way?
A: Yeah... yeah, I suppose they do.
Q: So what's the show about?
A: Um... well, it's me doing stand-up.
Q: So what's the theme?
A: There isn't one.
Q: So isn't a title that makes any right-thinking person think it's about cycling kind of misleading?
A: Um... yeah... but...
Q: Look. I'm in the future. I have absolutely no interest in how you once travelled to some venues. I mean, I came to chat to you in my time machine... but if I was to write a show about this conversation I'd hardly call it the Time Machine Show now would I?
A: Actually, you probably would. Time machines are really interesting. Talking to someone from the past is way more interesting than just, y'know, talking to your next door neighbour.
Q: Yes. Yes. I see what you mean. Bad example. But you take my point?
A: Absolutely. You're right. Having a DVD named after a mode of transport I used a while ago is kind of silly. Um... could I borrow your time machine?
Q: What for?
A: I want to go back in time and change the name of my show. Before the DVD. Y'know, so that it isn't confusing.
Q: What are you going to call it?
A: I don't know yet.

So... any suggestions? Actual, serious, why-don't-you-call-it-this ones? If you've seen the show, let's avoid spoilers, eh? No point ruining any surprises for the audiences still to come.
Posted by Dave Gorman at 9:35 AM

Dave Gorman "In the NEWS*" Tour

@Bob Howes: looks like the same problem only different to me. It'd make people think the show was about news - which it isn't - and then, when explained, it's about the journey I made way back when.

The "Seriously Touring Tour". After all, going and seeing the compass points is a genuine Tour, not just a handful of cities - a proper Tour.

"Because it is"
"Localised Chaffing"
"Inside the compass"

Hmmm... all of these seem to be titles based on the fact that I toured it by bike... but I want to specifically avoid that because, when someone's watching the DVD, that won't be of any relevance.

How about just, 'Dave Gorman: Stand Up'. Or were you looking for something a bit more inventive?!

Dave Gorman: Back in the Saddle

Dave Gorman: Back in the Stand-up Saddle

Alludes a little to the bike aspect, whilst it is also a reference to you returning to stand-up.

'Dave Gorman: Thinks About Standing Up.'

It has a nod to the original title, doesnt mention cycling or consequences of cycling and relates to parts of the show where you'd obviously reflected on the nature of stand up.

"Dave Gorman: Because the first time I did it, I was cycling."

^doesn't take away from the cycling problem, but preempts any questioning!

..also has a double meaning, I just noticed.

How about aluding to the original nature of the tour like 'Dave Gorman: Across Britain' Then it doesnt really mention content.

How about "Dave Gorman: Back on the Road" as it implies your return to touring and it could be a reference to the bike.

Having seen the show earlier this year How about,

Why not take a leaf out of Prince's book and call it "The Tour Formerly Known As The Sit Down, Pedal, Pedal, Stop And Stand Up Tour"? Or TTFKATSDPPSASUT for not quite as long.

Or is that too big to put on posters?

The 'What Do I Call This Tour?' Tour

The Tour With No Name

^lol 'hello' That looks like an exclamation by an eastern European in a TinTin book.. to me anyway.

How about 'Dave Gorman: Live'?

Yeah, Kyle's suggestion of 'Back in the Saddle' is good. I also like Andy G's 'Back on the Road'.

Slight nod to the cycling but generic enough not to cause confusion. I doubt anyone will think you're doing a show about horses or roads.

Why don't you take the super literal route?

Dave Gorman: Jokes I Made while Bicycling But Nonetheless Have Nothing To Do With Bikes or Transportation

It's long but totally catchy. :D

its like the original title so those who have already seen it will know (our you'd hope they'd guess its the same) yet it imply's no peddling but you doing stand up and us sitting down.

Ta for these thoughts. All grist to the mill. I won't decide until after it's filmed... but do keep 'em coming.

Peddlar of stand-up and a play on words to the cycling again.

Sit Down, Pedal, Pedal, Stop And Stand Up 2 - This time it's personal.

Sit Down, Pedal, Pedal, Stop And Stand Up 2 - This time it's financial.


Googlewhack 2 - This time it's not about google.

I think I will shut up now..

Why don't you name it with a nod to what it was about and then what it became? Something like...

Pedalled, Stood Up, Stopped and Stood Up Again

How about... "Taking a break from pedalling"
Simple, straightforward and follows on from the previous title.
Mind you, it's not genius ;-)

Why not "Dave Gorman - The difficult 4th DVD"

Ok, there's plently of reasons why not.

It's got a bit of a bike reference, and -city, because, um, it was toured in some cities... and it sounds quick, like what stand-up is.

And it's a bit maths-y (well, physics-y) and well, Dr Gorman, you're a maths-y sort.

Why not call it

"Dave Gorman: Nice definition" ? (you know where that one comes from!)
or
"Cardinal Gorman" ?
or
"Power to the pedal" ?
or
"End-to-end via side-to-side"? (Unlikely, I know, but now I'm just having fun thinking about titles for the cycling trip!)

What about "Dave Gorman..Burning Rubber"

"Dave Gorman...Trying to fill the house"

"Dave Gorman: I did a bit of cycling a while ago and now can't stop talking about it" (meant with all due respect and with tongue firmly in cheek!)

My suggestion:
Dave Gorman: once, again and again...

Referring to the first and second tour, the DVD recording and also to the fact that you can watch the DVD again and again.

How about 'Dave Gorman: You Sit Down, He'll Stand Up'?

Ok - no references to the bike?

"Dave Gorman: Completely staged" (I like this one! You'll be filming a show after the tour has finished)
:¬)

BTW Dave - that's a lovely steel singlespeed in the photo - not yours, is it, by any chance? You haven't surrendered namby-pamby gearerd bikes for the thrill of singlespeed, have you?

I like George's idea of "Dave Gorman: Recycled". It mentions the cycling but doesn't. And it sounds eco-friendly too. Which is nice.

Maybe you could play with the word a bit. Something like Re:cycled or somesuch. Can look a bit overdone, but feels clever to me (at least at the moment!)

Re: recycled... not a good word for comedy. It implies unoriginal!

Or 'Essential Jokes'... but does the word 'jokes' make it sound less respectable than 'stand-up'? Hmm...

Sit Down, Giggle, Laugh, Stop and Stand Up - as in the audience

One used to cycle here, now one is just the funny man tour

Now I've made it I got the bus here instead tour.

Straight from Wikipedia via your own mouth but it's the best bet.

"Same jokes with no spokes"

Off ya Bike, Stand Up to the Mike

Cos that's what you did.