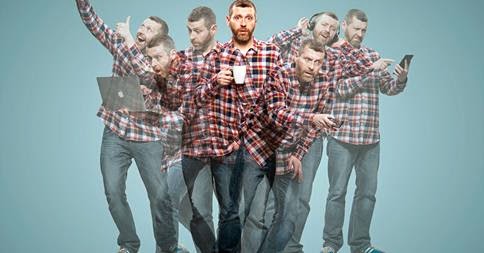 Episode 6 of Modern Life Is Goodish will be on air tonight at 10pm. On Dave. Obvs.

I've had a lot of emails and tweets from people who have, naturally enough, assumed that this will be the last episode of the series. Six episodes is pretty standard in the UK. And six is the number of episodes contained in series one.

But when Dave commissioned series two and three, they asked for eight episodes apiece... and we were more than happy to oblige. So, including tonight's, there are three more still to go out for this series.

In tonight's episode, I return to a topic from series one. By which I mean... Alan Sugar gets another mention. When we decided on the running order of our shows we had no idea that this episode would be landing on the same day as the return of The Apprentice. But there you have it. If you want two spoonfuls of Sugar tonight, you can watch that and then turn over to Dave at 10pm...


New TV Show: Modern Life Is Goodish
New Book: Too Much Information
I'm on tour: Dave Gorman Gets Straight To The Point
Posted by Dave Gorman at 11:39 AM

Had to smile at the Kebub thing

Only down the road from me as well, i also was a little miffed why alan sugar had recommended it a while ago.

Still not ate there though

My only question is this: what would have been your next move if the other two cars had flashed their lights back?

You might be interested in this little beauty in the TVC auction http://www2.ppauctions.com/lot.php?l_id=61055&id=119
I'm not going to lie to you, it's a rubbish bit of kit.