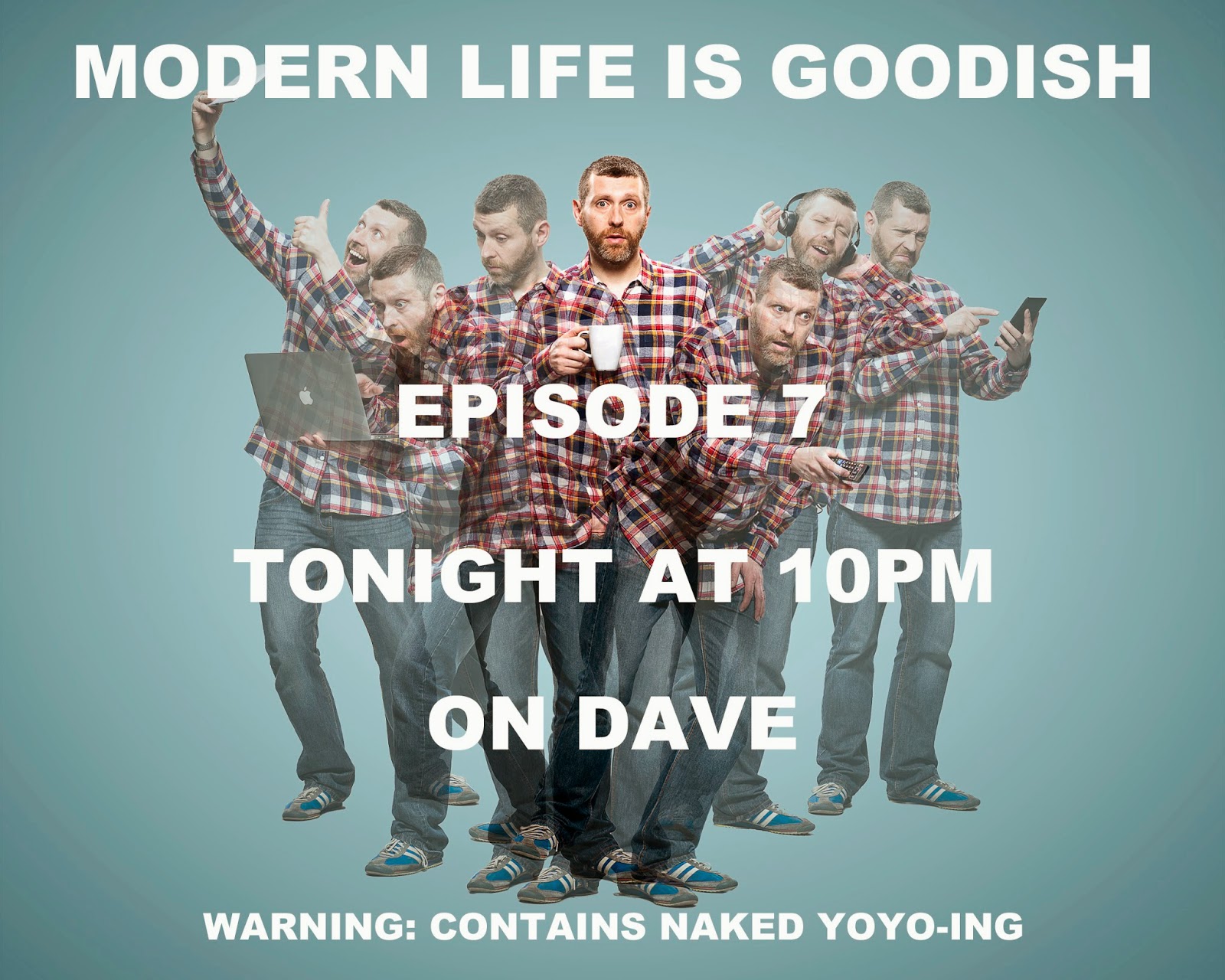 The tour is going swimmingly. There have been some lovely reviews. They contain a few mild spoilers so if you're already coming along, you might as well wait until after... but if you're the kind of person who wants to be persuaded by the opinions of others and you think this sort of thing might tip you into a ticket purchase, then here you go.

There are two reviews from the Dublin show, one in the Herald and one in the Irish Independent and a third from the Nottingham Post for last Sunday's show.

The spoiler-free pull quotes would be:


"Observational comics are supposed to say what we're all thinking, but Gorman has made an art form out of digging deeper and picking apart the obscenities of modern life through actual research and analysis. It's an inventive approach, but his greatest talent is that he is naturally funny, with effortless comic timing and delivery. Dave Gorman gets straight to the point, all right. He's also a deadly teacher."
The Herald

"Contemporary comedy is populated by the good, the bad and the unfunny. The circuit is full of chancers trying to shock and chicken 'n' chips charlatans telling willy jokes.
Dave Gorman brings something fresh and exciting to the table. It is an absolute joy to behold."
The Irish Independent

and
"...had the crowd it fits of laughter from the get go, and using PowerPoint to hit home his observations, the subtle social commentary stayed away from preaching and just made everyone laugh at their own behaviour."
The Nottingham Post

Incidentally, I'm not sure I really understand the Nottingham reviewer's definitions of mainstream and cult and I had no idea that I was a regular on panel shows but there you go. Perception is often more powerful than reality.

I've been studying the patterns of our tour travels, hitting a reset button every time we return home. Block One was really rather gentle: 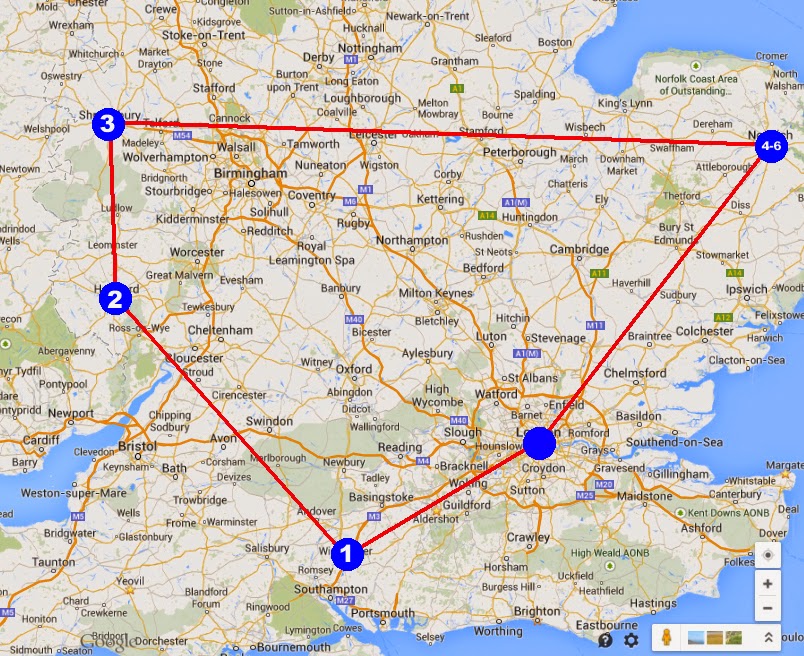 Then Block Two was kind of exhausting... mainly because the show is, naturally, quite technical and working out how to hire things in for an overseas show while still having our regular kit ready for us on our return adds a layer of time and effort... 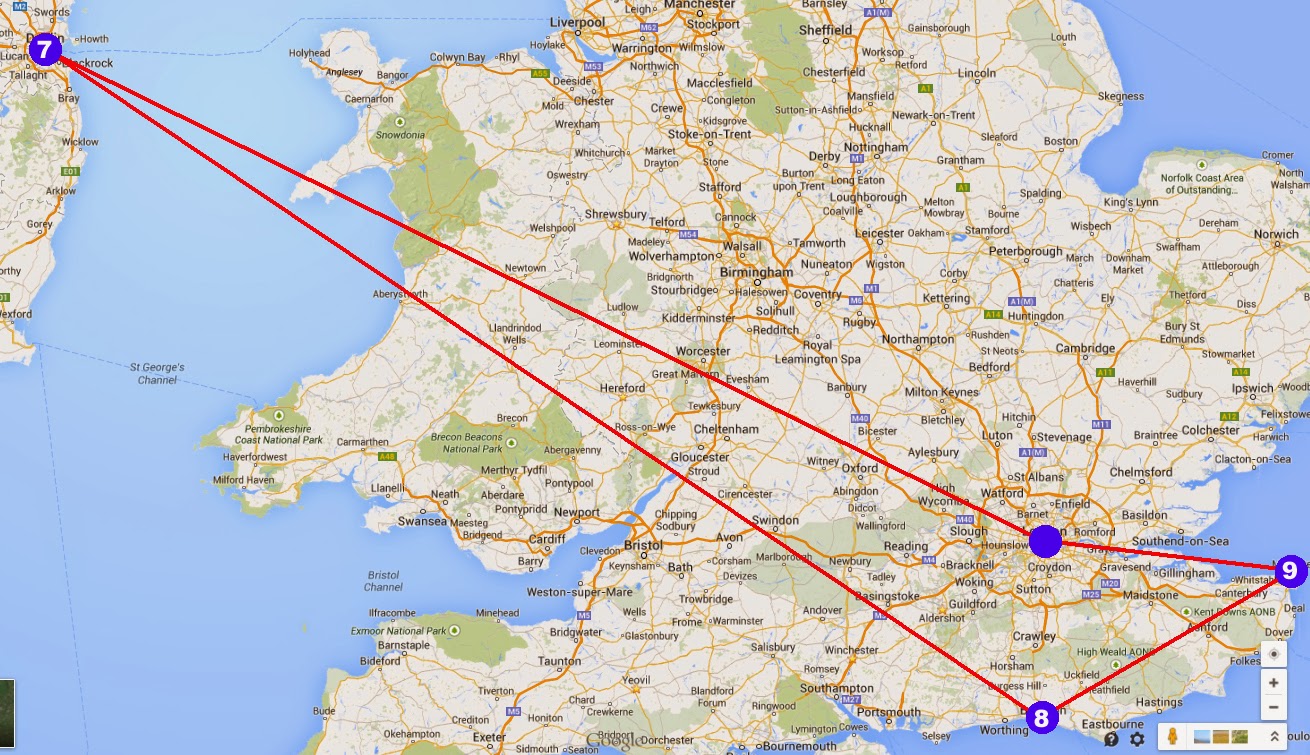 Block Three is starting to look like one of those spider's webs made by a spider on amphetamines... 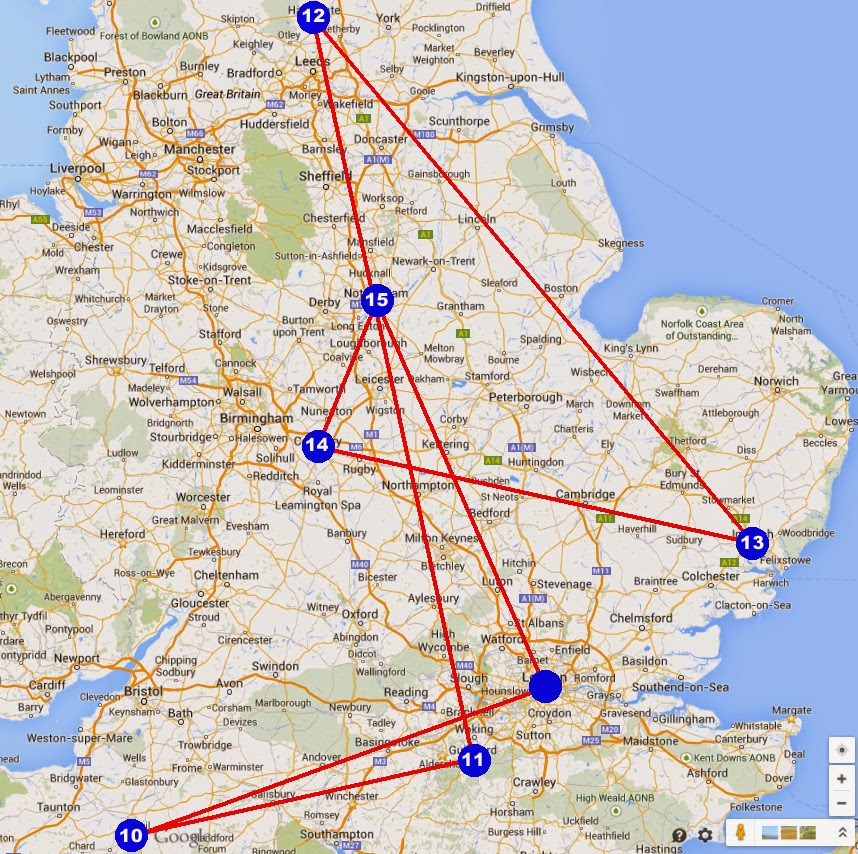 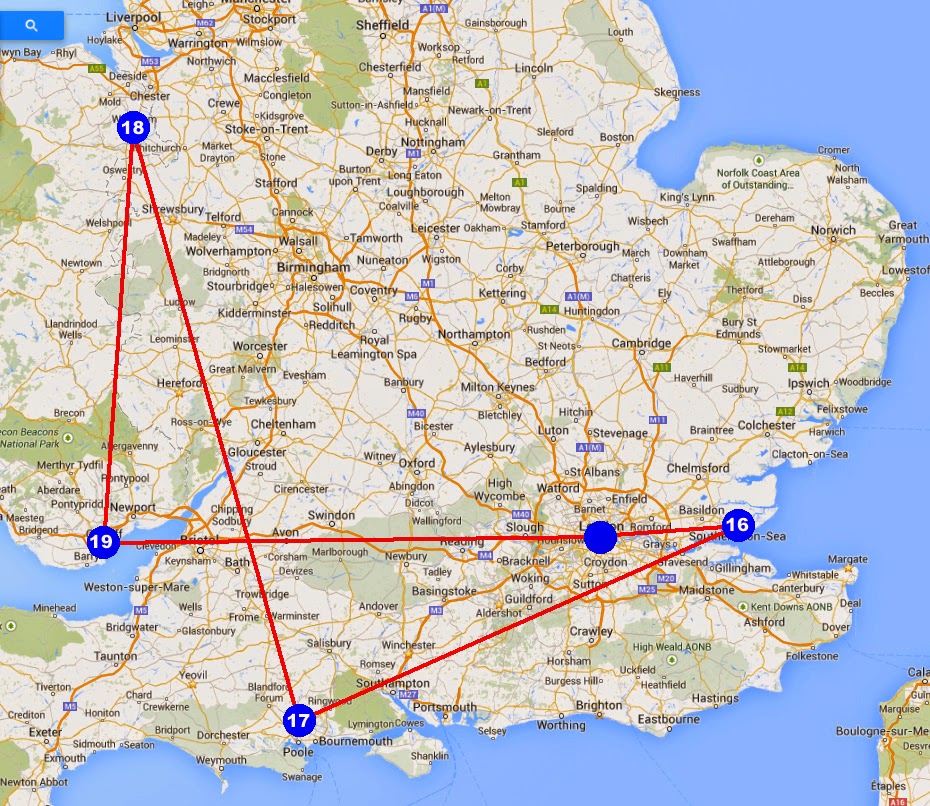 And of course, there are plenty of dates left after that as the tour continues through til mid-December.

And while we're yoyoing around the country, the TV show continues for another two weeks also. Episode 7 contains some yoyoing of a different kind. You have been warned.


I've got a new TV Show: Modern Life Is Goodish
I've written a new book: Too Much Information
I'm on tour: Dave Gorman Gets Straight To The Point
Posted by Dave Gorman at 2:43 PM

Dear Dave. This is excellent news. Husband and self really looking forward to tonight's show.

Regarding your maps, I've done as you suggested on Twitter and calculated the locations of your next gigs to create a pentagram. We lovers of the Goat Lord must do our bit to spread the unholy word, even if that means your next gigs will have to be 12 miles out to sea.