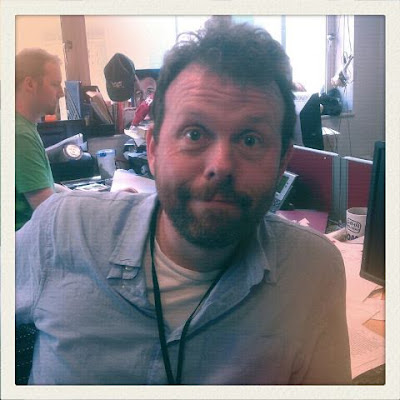 Danielle and I were joined by the brilliantly inventive comic, Michael Legge as a guest presenter this week.
=""
Those of you who listen to Danielle's brilliant Do The Right Thing or mourned the loss of Gregg Jevin will already be familiar with Michael.

As will those of you are already familiar with him for any other reason. Obviously.

Anyway. He's brilliant. And he went a full two hours without swearing... so it can be done.

As it was Fathers Day we had a one off quiz - Top Of The Pops - in which our three fathers competed. I'm not sure it played out entirely fairly as the Dad who knew the most ended up losing... but as Michael's Dad cracked the line of the show it seems only fair that he won the title. 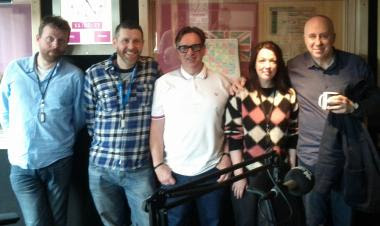 It was a busy show. We also had Chris Difford and Norman Lovett drop in to chat about their stage show, It's All About Me.

I love the fact that one of the nation's finest songwriters has teamed up with such a uniquely funny comic and they definitely spark off each other in a funny way.

It's lovely to meet people of such standing and to discover that they're so warm and genuine. Hurrah for things like that.

While Chris is always going to be best known for Squeeze (and they have new stuff coming up) his solo stuff is great too. His the song we played on the show, 1975 from the album Cashmere If You Can:

Meanwhile, the other songs I brought in from home were Flittin' by Meursault:

... and Devil Fool by Be Brave Benjamin:

Which as you can see, has a very don't-try-this-at-home video.
The free podcast, should you be so inclined, is here.
Posted by Dave Gorman at 2:28 PM