Hello Hayes! (That's Hayes as in Middlesex, not Kent or Melvin) 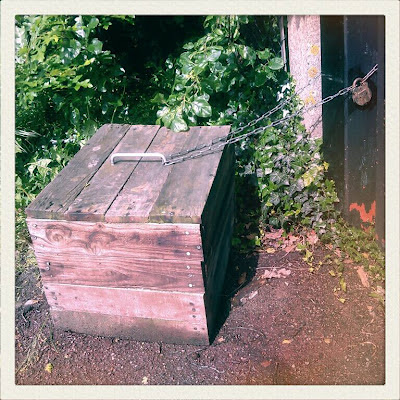 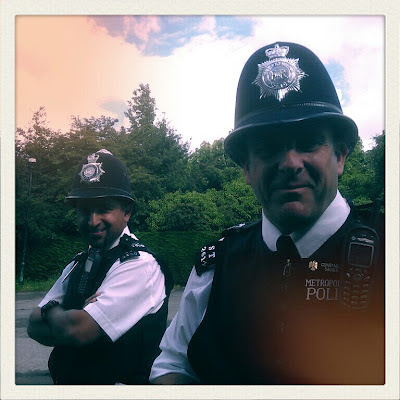 To get to Hayes I took a train and then a bus and then a short cut across some grass to get into the back of the venue. I'd been there for two minutes when these two chaps turned up because they'd seen someone "acting suspiciously" at the back of the theatre.
Having confirmed that it was me they went on their way with a smile.
Nice chaps. 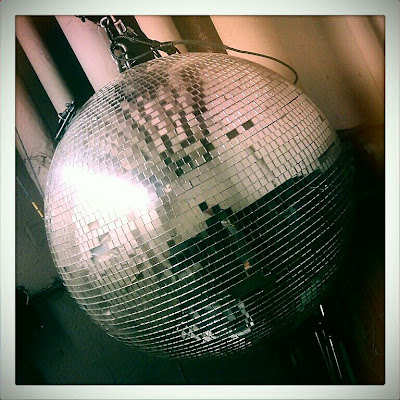 Where my pre-show darting did this. A good omen. And a nice show too. 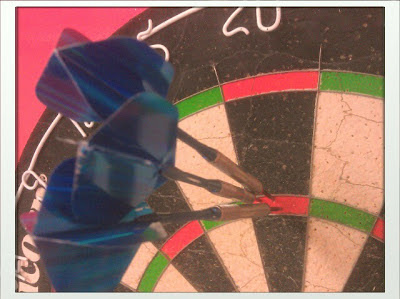 While I'm here and posting photos... this: 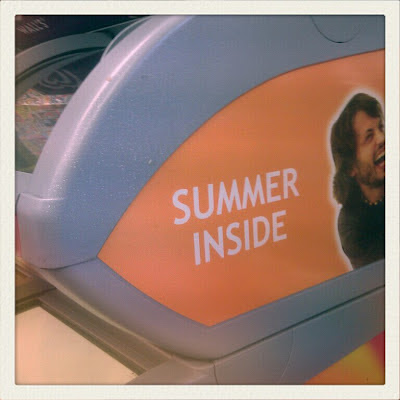 I wish they'd bloody let it outside.


Treorci tonight. Or Treorchy if you prefer. Dudley tomorrow... then back that night to do the radio show on Sunday morning before scooting up to Manchester for The Lowry on Sunday night... and then Swindon, Monday.
Posted by Dave Gorman at 11:21 AM